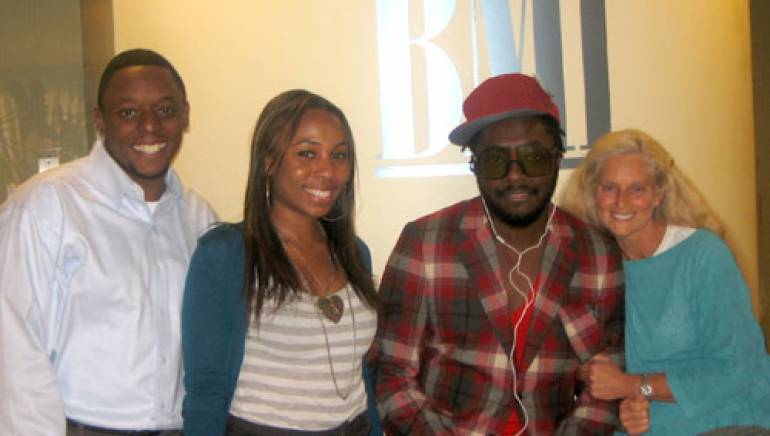 Black Eyed Peas frontman will.i.am made an appearance at BMI’s Los Angeles office to discuss the many projects the multi-talented artist, songwriter and producer has coming up in the near future. In addition to working on a new BEP album, will.i.am is developing a new social website, DipDive.com, with Interscope Records; a compilation album with Kanye West, Q-Tip, Common and Lupe Fiasco; and along with the other BEP members, has created The Peapod Foundation to encourage social change by uniting people, especially children, through the universal language of music.

The Black Eyed Peas have sold 18 million albums worldwide, won three Grammy awards and have been nominated for ten. On his own, will.i.am has established himself as one of music’s top producers, collaborating on tracks with Justin Timberlake, John Legend, Kelis, Nas, The Game, Mariah Carey, Whitney Houston, Michael Jackson, Sergio Mendes, Carlos Santana, The Pussycat Dolls, Busta Rhymes and fellow BEP, Fergie.