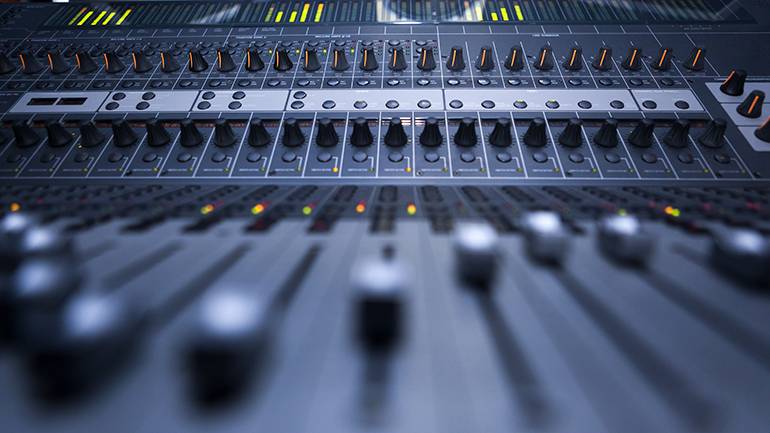 Audio mixing can be defined as the process of combining individual tracks from a multitrack recording into a finished product. It includes determining the volume and adding effects such as reverb, delay, compression, and equalization to each track. In stereo and surround sound recordings, mixing also includes placing each track in its optimal location, determining the direction from which the listener will hear each sound as coming from (for example, the left, right, center, front, or back) in the finished version.

Depending on your intention for the recording you will probably require a variety of mixes. Let’s identify the mixes you are likely to need and define the terms.

A final mix can be defined as the primary finished mix. It is the recording that results when multiple tracks that comprise a multitrack recording are combined to reflect the optimal levels of volume, the choice of effects (FX), and the placement of those tracks in the overall mix. This mix includes all the instruments and vocals that express the producer’s and artist’s vision for the song. It is the version you would submit when pitching your song to recording artists, producers, publishers, and record label executives.

An instrumental mix is a version of the final mix that includes everything but the vocals. All vocals are muted in this mix. By using this mix, recording artists, producers, and record label executives can audition how an artist sounds on the song, without incurring the expense of producing a recording for the artist to sing to.

I have had many instances when an instrumental mix was requested for this purpose. In one case, A & R executives hoped to hear how a teenaged vocalist, who was recording her debut album, would sound on my song “I’ll Never Stop Loving You” (written with Steve Diamond). The song had previously been recorded by an artist named J’Son. It reached #1 Down Under and had been featured in Disney’s First Kid.

Because the existing recording was in a key suitable for a male, I engaged an engineer to use Pro Tools to change the key of the instrumental version—without altering the tempo. To ensure the best chance of the unknown artist sounding good on the recording, I provided versions that were a half step, a whole step, and a step-and-a-half higher than the male version. The altered track was sufficient to determine how the artist sounded on the song, but bear in mind that changing the key of a stereo mix results in sonic degradation and would probably not be suitable for anything beyond demonstration purposes.

This story had a happy ending. The unknown artist was a sixteen-year-old Britney Spears and the song was included as a bonus track on the album that established her as superstar. It was also available as a limited edition single.

“For my own personal releases, I always print stems for sync purposes. I also print as many alternate mixes as possible to increase the potential for sync placements. For example, a stripped or acoustic version, or maybe add a sleigh bell onto the instrumental of a non-Christmas song and call it a Christmas instrumental. (It takes five minutes and suddenly I have another track I can pitch.) If the recording is specifically intended to be used for sync, then I would definitely recommend printing stems and, if necessary, clean versions without bad language.—Sean Spence ((recording engineer/owner of Blue Grotto Sound Studio/composer)

A TV mix includes all tracks—including background vocals—except the lead vocal. This is essentially a karaoke track which allows an artist to approximate the full version by adding his or her lead vocal without recording new background vocals. This version is named a TV mix because it is the recording a singer is likely to use when performing to a track on a television show; he or she only needs to add the lead vocal to approximate the complete recording.

Stems are stand-alone recordings of individual tracks—or combinations of tracks— derived from a multitrack recording. For example, a stem might be comprised of a lead vocal, grouped background vocals, bass guitar, a snare drum, a mix of all percussion, or any other isolated track(s) that were initially part of a full mix.

Before you work with a musician, vocalist, studio, or producer, always be up front with them that you would like to get stems of the recording when everything is done.

According to Jason Garner (recording engineer/owner of Jason Garner Productions/composer), “By using stems a video editor can create his or her own version of your full production, particularly if the main mix has elements that get in the way of the dialogue of a particular scene. And note, dialogue is KING in the film and TV world, so it’s important to keep that in mind when working on your productions. It’s an important reason why having the stems available is so crucial.

“Record these stems with—and without—effects on them. If the video editor wants to play ALL of your stems at once, it should sound practically identical to your original mix. But when that important piece of dialogue comes along, they can either turn down, or completely turn off the vocals to prevent them from getting in the way of their dialogue and narrative.”

Vocal (or Other Instrument) “Up” or “Down” Mix

As its name implies, a mix with vocals “up” or “down” refers to a version of a mix with the volume of the vocal louder or softer than in the final mix. This can also be applicable to any track within the mix. For example, you might record mixes with the bass and drums raised or lowered. You might also create an “acoustic” mix by eliminating or significantly lowering the electric guitar parts and increasing the volume of the acoustic guitars.

“If there is any uncertainty or debate about the vocal level and how it sits in the music, then I print a vocal up or vocal down mix too, so that the mastering engineer can decide once they have done their magic.” – Sean Spence

A “Clean” or “Non-Explicit” mix refers to an alternate version of a song with all explicit language removed from the lyric. This can be accomplished by recording a version that replaces any words that might be unacceptable for some uses with ones that are suitable for all audiences. For example, the non-explicit version of “WAP” (written by Megan Pete, Cardi B, James Foye III, Austin Owens, Frank Rodriguez, and Jorden Thorpe; recorded by Cardi B and Megan Thee Stallion) replaces explicit phrases. In some instances, an offensive word might be bleeped or deleted without a replacement.

Which Mixes Do You Need?

If your recording is intended to be used solely as a demo to pitch your song to recording artists, it is likely you will only need a final (complete) mix, an instrumental version, and a TV mix. If your hope is to place the recording in a television show, movie, or other form of media you will need additional mixes.

Ted Lowe (Head of A&R, Choicetracks) shared, “For sync licensing we always need the full version, a clean lyric version (if there are explicit lyrics), the instrumental version, and stems. Those are our minimal delivery requirements. Depending on the song, we might also request an instrumental version that also includes non-lyric background vocals. We want everything mixed but unmastered, because we have a trusted mastering engineer that we use on all of our projects.

Stems can be tricky depending upon the song. Definitely drums, bass, keys, guitar, background vocals and lead vocal, but also, any other part that you can imagine an editor might want to isolate. If there is a unique or quirky sound present in your track, whether percussive or in the synths, some sound design or multiple guitars parts, pull them out and create a stem of just that. We like to keep the total number under ten.”

“Strongly consider getting a vocal only stem with and without FX.  If the vocal performance is great, and you don’t need to change the lyric, why not consider using that same vocal with an alternate production?  The dance remix world has done that for years, so once you’re done with your demo, if you have the vocals from the session, you can try building a whole production around those same vocals by changing chords, changing the feel, changing the sounds, etc.

This is also helpful if your song remains uncut or unused over a period of years (which happens!), but you still believe in the song.  If you have the vocals, you can have a new demo completed later to update the sounds, as well as experiment with new chord progressions and arrangements. – Jason Garner

Jason Garner stated, “The production music libraries I’m personally working with all have slightly different stem requirements beyond the traditional demo mixes. They might ask for a mix with an instrumental version of the melody played on acoustic guitar, or keyboard. I recently completed a Christmas track that had a vocal, and then an optional stem included acoustic guitar playing the melody in place of the vocal melody.

“The library or music supervisor might request the following stems: drums and bass only; keyboards only; electric guitars only; vocals only—in each instance with effects. Some libraries prefer to receive alternate mixes as opposed to stems.  In that case, in addition to an instrumental mix, they might request a mix with no keyboards; a mix with no guitars mix; or a mix without any musical hooks or melodies. It really just depends on what library you’re working with. Rest assured, most of them will send you a PDF that specifically outlines what they need from you or your engineer.”

Garner added, “On the tech side of things, MP3s sent via email might get you in the door, but if your material is chosen, most film and TV studios will want you to provide higher resolution files—24 bit, 48 kHz WAVE files—not 44.1 kHz, or 16 bit, or MP3s.”

The mixes you will likely need are contingent on your intention for the recording. It is always advisable to inquire which mixes and—for sync licensing—which stems your recipient prefers to receive. By having these readily available you can improve your chances of placing your music and establish yourself as someone who is desirable to work with.