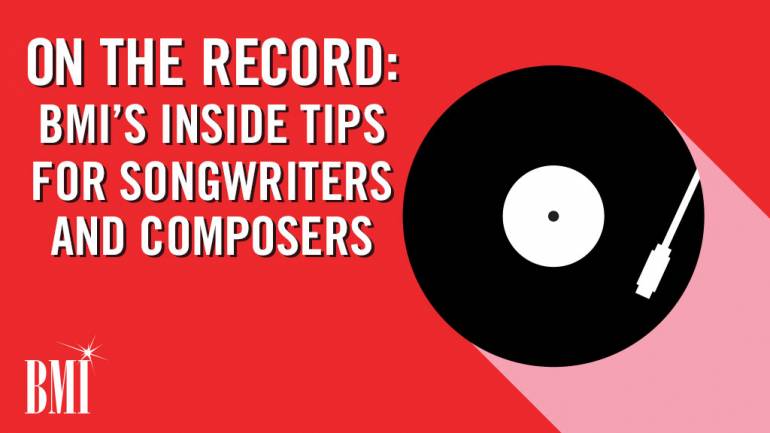 Just as genres are different, so are the musical elements that best support them on a demo. BMI’s Creative team listens to music all day every day. Here’s what they had to say about what makes them turn up the volume on a demo.

Let’s start by thinking of the purpose of a demo. Hopefully, you have written a song so relatable that a recording artist is going to want to express it to the world as if it’s his or her own words. The purpose of the demo is to showcase the song without getting in the way of the artist’s or producer’s creative process.

Compare it to selling a house. You love this house, but you want someone else to love it as much as you did. You want them to make their own memories there and call it home. You’d make sure it was in great condition. It may have some furniture staged to make it feel like a home, but you’d paint over the height marks on the door frame.

With that train of thought for demos, both the vocal and production are equally important. You are trying to dress up your work of art, just enough that another person will want to make it their own.

The most important part of this, in my opinion, is that the song must be great. A phone work tape will do the trick, at least enough to get some attention, if the song is “The House That Built Me.”

In an ideal situation, both vocals and production would be at the highest level of performance. However, I believe the most important part of a demo is the production. The production is usually the first and last thing we hear on a song. Production is the beat and melody combined. It plays the lead and background of a song, while the vocals are additional instruments added to the production. Vocals are generally fine-tuned during the actual record recording process; that is when vocal performance matters. For the purpose of a demo, your main concern with vocals should be accuracy of the melody and how it fits the overall production of the song. When a demo is played, we are hearing it for the first time and the average music executive will usually tune in for a few seconds, proving the point that you must start strong with great production.