Posted in The Weekly on September 25, 2017 by Jason Blume 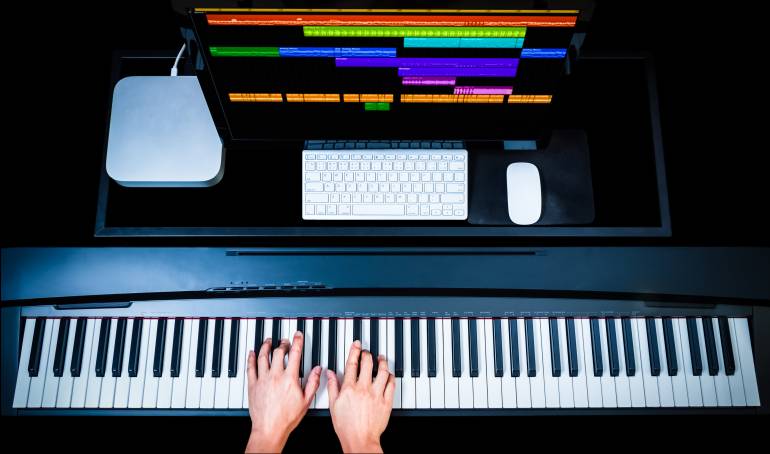 In preparation for an upcoming workshop I was studying the top hits in various genres and was struck by how many of those chart-topping songs begin with an instantly identifiable, hooky melodic lick. In my book, 6 Steps to Songwriting Success (Billboard Books), I refer to these melodic hooks as “Signature Licks.”

Almost all popular songs begin with a musical intro, typically four or eight musical bars, but not all intros are signature licks. So, what differentiates a “signature lick” from an intro? During an intro, while chords are played, there might not be an easily discernible melody performed by a lead instrument over those chord changes. In contrast, a signature lick is a memorable melodic motif—an instantly recognizable musical phrase—that is introduced at the beginning of the song.

In some cases the signature lick is identical—or quite similar—to a melodic phrase that is heard elsewhere in the song. For example, Kenny Chesney’s “All the Pretty Girls” (written by Nicolle Galyon, Tommy Lee James, and Josh Osborne) starts with a catchy electric guitar lick that is very similar to the melody sung in the verses. This melodic phrase recurs after the first verse, after the first chorus, and during the outro (the song’s ending). By giving the listener a preview of a melody that will be heard later in the song you are reinforcing that melody—making it seem familiar when it recurs.

In many instances the signature lick is created as an added melodic hook, heard during the intro, possibly during the turnaround (typically four or eight musical bars that come between the end of a chorus and the subsequent verse), and in some cases, the outro. In these cases, the lick is a distinct melody that is not based on any melodic phrase heard in the song’s verses, chorus, or bridge. One of my all-time favorite examples of this is the acoustic guitar and fiddle lick in Rascal Flatts’ version of “What Hurts the Most” (Jeffrey Steele, Steve Robson). Another strong example of a signature lick that is distinct from any melody heard during the verses or choruses can be heard in Shawn Mendes’ “There’s Nothing Holdin’ Me Back” (written by Mendes, Teddy Geiger, Scott Harris, and Geoff Warburton). This melodic motif is played four times during the song, establishing an additional memorable hook.

While signature licks are most often played on guitar, keyboard, or another lead instrument, they can be played on any instrument or combination of instruments. An instantly identifiable drum pattern serves as an exceptionally effective signature lick in Imagine Dragons’ “Believer” (written by Daniel Reynolds, Justin Tranter, Benjamin Arthur McKee, Daniel Wayne Sermon, Robin Lennard Fredriksson, and Mattias Per Larsson). This pattern provides a melodic hook throughout the entire song, except for the breakdown section.

I always include signature licks on my demos and in almost every instance the lick appears on the finished record (when I’m lucky enough to get one) note for note. You might compose the lick yourself or ask a demo musician to suggest a catchy, identifiable melodic phrase. If your signature lick is suggested by a demo musician, establish upfront whether the musician’s input is part of his or her contribution as a hired gun, or is to be considered a collaboration for which they will receive a writer’s credit and royalty. When working with professional Nashville demo players it is typically understood that their contributions, regardless of how significant, are part of what they are hired to do. Writer’s credit and/or payment is not expected. However, outside of Nashville and the country music genre, this is not typically the case. So be sure to clarify this upfront.

A great signature lick might be the ticket to change a “maybe” to a “YES!” So why settle for just an “intro” when you can have a hooky signature lick?

Jason Blume is the author of 6 Steps to Songwriting Success, This Business of Songwriting, and Inside Songwriting (Billboard Books). His songs are on three GRAMMY-nominated albums and have sold more than 50,000,000 copies. For information about his BMI Workshops, additional articles, and more visit www.jasonblume.com