Posted in The Weekly on August 14, 2018 by Cliff Goldmacher 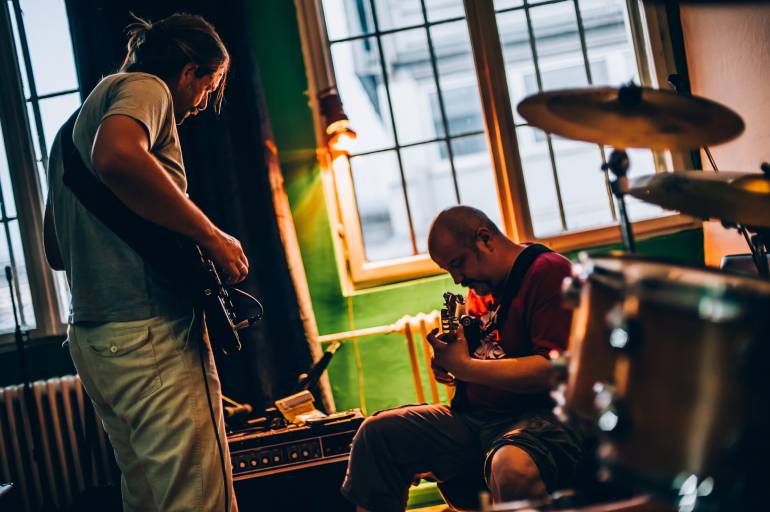 One of my great joys over the past twenty years as a music producer in Nashville is the regular privilege of getting to work with some of the finest session musicians in the world. These men and women have played on some of the best known albums of all time and even after all these years of working with them, I never cease to be amazed by their skill. But being a professional session musician is about much more than a mastery of an instrument. In this piece, I thought I’d put down some of the distinguishing characteristics of true studio professionals.

Above and beyond talent on a given instrument, professional session musicians possess a set of skills that makes them uniquely equipped to handle the very specific demands of the recording studio. First and foremost, session musicians are able to listen to a song and write a chord chart very quickly - usually after one or two listens to the song. Not only does this take the pressure off the client, who might not have the theory background to do this, but it also gives the musicians the ability to quickly grasp the contours of a given song so they can play it correctly and with feeling right away.  In Nashville, charts are written using a number system that very simply and elegantly allows the musicians to play the song in any key - usually depending on the voice of the demo singer - without having to re-write the chart. And speaking of which, playing in any key is another one of the skills that all pro studio musicians possess.

Speaking of playing a song correctly, it is not at all unusual for session musicians to play a song perfectly in one or two takes even if they’ve just heard the song for the first time ten minutes before. As a matter of fact, in my experience, the real magic is in those first few takes so, as studio clients, we’d be well-advised to listen closely to those early takes and not assume it takes these players as long to get things right as it does for us when we try to record.

I’ve always felt that the best studio musicians are the best listeners. What this means is that these musicians are able to hear not only what they’re playing, but how it fits with what everyone else is playing. This is a subtle, but incredibly valuable skill as it allows recorded songs to breathe and have a life to them that songs crowded with over playing never have. An additional thing that listening allows session musicians to do is create a musical figure or signature lick that enhances the song even further. One of the value adds of using a professional session musician is that signature lick is considered “for hire” and not part of the song’s copyright. Most importantly, listening during a tracking session allows the musicians to leave space for the vocal to shine through.

One of the many advantages of using professional session musicians on your demos is that the top-notch level of playing gives you the opportunity to pitch these recordings for film and TV opportunities. The key, here, is being certain that you get signed releases from all the players - and singers - on your session. When players work through the union, you’ll have to pay a higher rate if you’re planning on pitching the recordings this way. If, however, your players aren’t going through the union, there are releases which give you, the writer, permission to pitch to film and TV, but if the song ends up as a placement, you’ll owe the session musicians and singer an additional percentage of your master fee. In this “if I win, you win” situation, everyone is treated fairly if a demo ends up being used as a master.

After all these years, I can still honestly say that working with world class studio musicians never gets old for me. I consistently marvel at their talent and ability to bring songs to life in a way that is always surprising. And even beyond the talent and professionalism, these folks are a joy to work with. They keep the mood in the studio relaxed and fun while delivering virtuosic performances at the same time. It reminds me of one of my favorite quotes. “The best one’s have nothing to prove.”

Cliff Goldmacher is a songwriter, music producer and educator with recording studios in Nashville, TN and Sonoma, CA. Through his studios, Cliff provides songwriters outside of Nashville with virtual, live access to Nashville’s best session musicians and demo singers for their songwriting demos. To find out more go to https://se295.infusionsoft.com/app/page/studio-services. You can download Cliff’s FREE tip sheet “A Dozen Quick Fixes To Instantly Improve Your Songs” by going to https://se295.infusionsoft.com/app/form/homepage-songwriting-tip-sheet.