BMI singer-songwriters Bobby Pinson, Paul Overstreet, Josh Turner and Jamey Johnson will perform at the WCRS Live! event during CRS-40. Slated for Thursday, March 5 between 4:10 and 5:30 p.m., the annual showcase is sponsored by BMI and Country Aircheck.“ This group is a perfect picture of BMI’s cream of the crop, as it pertains to hit country songwriting and artistry,” said BMI’s Jody Williams, BMI Vice President of Writer/Publisher Relations, Nashville. “They represent timeless songs and voices, writers who write for themselves and others, and personalities that really know how to entertain. This show is a must-see at this year’s conference.”

Mike O’Neill, BMI Senior Vice President of Licensing, added, “There is nothing more powerful or compelling than seeing a songwriter sing their own music. ‘WCRS Live!’ helps us communicate to the radio industry what BMI is truly about - our songwriters and publishers.”

“‘WCRS Live!’ is a can’t-miss event,” says Lon Helton, President of Country Aircheck. “We’re honored to co-sponsor this show again with BMI, and look forward to hearing some incredible songwriters.”

Singer, songwriter and guitarist Bobby Pinson was born in Tulsa, but raised in a string of small towns in the Texas panhandle. As persistent as he is talented, Pinson weathered rejections, wrote songs, and gradually won due respect and attention from industry executives and artists alike. A gritty and disarmingly emotive vocalist, Pinson recorded a solo album in 2005 entitled Man Like Me, which featured the hit “Don’t Ask Me How I Know.” In addition to Sugarland’s No. 1 hits “All I Want to Do” and “Want To,” other smashes written by Pinson include Trent Tomlinson’s “One Wing in the Fire” and Toby Keith’s “She’s a Hottie,” while Tim McGraw, Marty Stuart, LeAnn Rimes, Rascal Flatts, Blake Shelton and others have also recorded his songs. Pinson released a new collection of his patently original compositions entitled Songs for Somebody in May 2007. www.myspace.com/bobbypinson

Five-time BMI Songwriter of the Year and Nashville Songwriters’ Hall of Fame member Paul Overstreet has penned and co-penned 27 top ten singles. After first reaching the upper echelon of the country charts with George Jones’ rendition of “Same Ole Me,” Overstreet proceeded to compose hit after hit, including Randy Travis’ “Forever and Ever Amen,” “Digging Up Bones,” and “On the Other Hand”; Tanya Tucker’s “I Won’t Take Less Than Your Love”; Kenny Chesney’s “She Thinks My Tractor’s Sexy”; the Judds’ “Love Can Build A Bridge”; and “When You Say Nothing at All,” recorded by both Keith Whitley and Alison Krauss. The two-time Grammy Award winner has amassed an astounding collection of BMI honors: 28 BMI Country Awards, one BMI Pop Award, and 25 compositions that have each generated more than one million performances. www.pauloverstreet.com 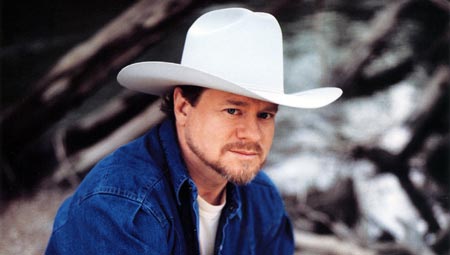 Grammy-nominated singer/songwriter Josh Turner wields a powerful baritone with innate grace and nostalgia-inducing aplomb. He first captivated the country world in 2003 with the powerful title track of his debut album, “Long Black Train.” Reminiscent of 1940’s gospel-blues, the tune wrestles with the epic themes of temptation, salvation, death, and redemption, and the song quickly brought Turner national attention. A second album on MCA, Your Man, yielded hit singles and BMI Award-winners “Your Man” and “Would You Go with Me.” His newest studio effort, Everything Is Fine, features the jocular “Firecracker” and “Another Try,” a poignant duet with Trisha Yearwood. www.myspace.com/joshturner 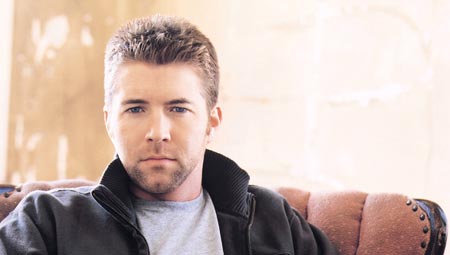 Singer-songwriter Jamey Johnson’s devilishly good reincarnation of outlaw country ruled 2008. The hit songwriter topped year-end best-of lists with the release of his sophomore album, That Lonesome Song. Rolling Stone proclaimed, “There’s a new man in black in Nashville,” while USA Today praised Johnson’s effort, calling it “on a par with Waylon Jennings’ great concept albums of the early ‘70s.” The album garnered three Grammy nods for Johnson, who first turned Nashville heads with his songwriting. The pen behind an impressive range of contemporary country smashes including 2007 ACM and CMA Song of the Year “Give It Away,” recorded by George Strait, and Trace Adkins’ “Honky Tonk Badonkadonk” and “Ladies Love Country Boys,” Johnson also co-wrote his own latest hit, “In Color.” www.jameyjohnson.com 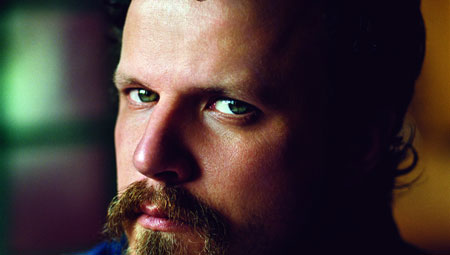