Posted in MusicWorld on June 1, 2012 by Lisa Zhito 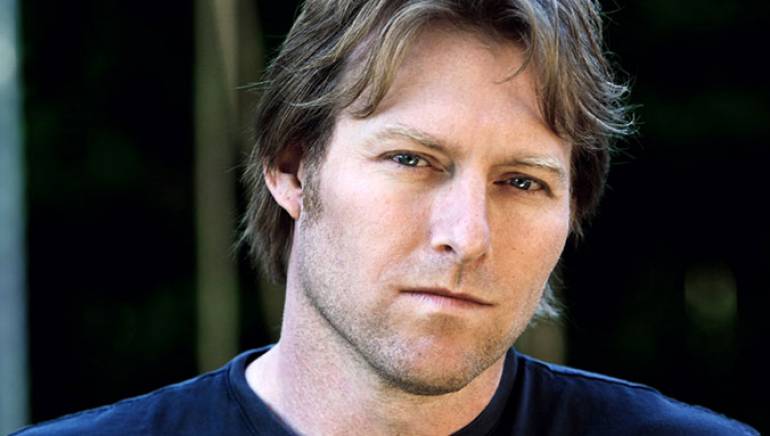 With such horror and sci-fi films as The Devil’s Rejects, Halloween I and II, Watchmen, and 300 on his resume, Tyler Bates could be the closest thing the composing world has to Stephen King.

It’s a role Bates fell into, thanks to his attention-grabbing score for 2004’s Dawn of the Dead. A flood of similar projects followed; turns out, Bates’ experimental style of composing is uniquely suited to genre films.

“Visually, the films are so strong today that I think the music doesn’t have to state the obvious all the time,” he says of his musical approach. “It can prime people to receive the emotional experience that the director is after, without telling them verbatim what that is.”

Bates and his team are like mad scientists, using modular synth rigs and novel instru-ments to craft conceptual scores.

“Oftentimes I’ll use source material like voices or industrial machinery, then mutate it, add a musical element to it, and use it as a musical instrument,” he explains.

On Chris Gorak’s 2011 alien invasion film The Darkest Hour, Bates started with the GuitarViol, a guitar/viola hybrid with a “post-apocalyptic vibe.” He then fleshed out that sound with electronic gadgets such as the Synare, an ’80s-era drum-pad synthesizer. “We had four hands on the thing at one time because you have to manually rotate all the filters and the resonance on it. It was a lot of fun!”

If it sounds like Bates gets paid to play with a lot of expensive toys, he does — with a caveat. “Under immense amounts of pressure,” he laughs. “The higher the film’s budget, the more the stress increases. But you have to have fun. If you’re going to spend a year of your life on a project, you’ve got to walk away with something more than money.”