Posted in The Weekly on October 16, 2017 by Cliff Goldmacher 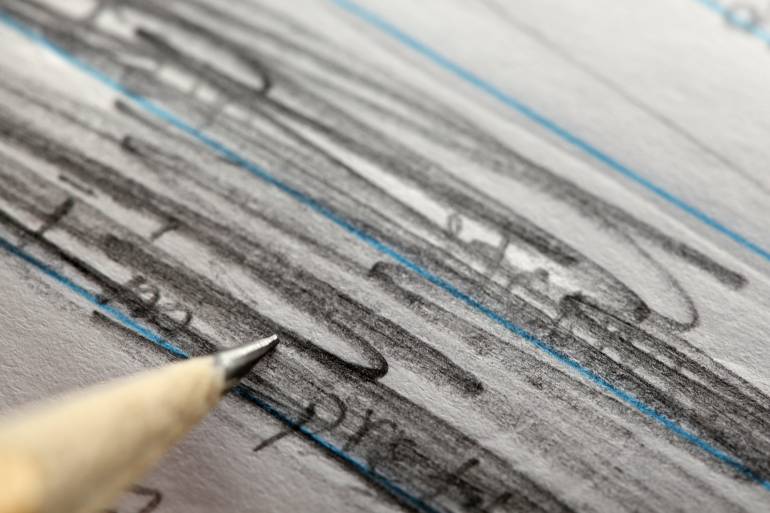 In the twenty-five years that I’ve been writing songs and, more recently, since I’ve been teaching, I’ve made and/or seen some common mistakes in both writing and navigating a songwriting career that can be avoided. Here are two of them.

Forfeiting Craft for Emotion and Vice Versa We all write songs because we’re moved to, so it’s understandable that sometimes we get caught up in conveying an abundance of emotion while not paying attention to communicating it within a solid song structure. But even though understandable, this mistake will almost always confuse listeners because without a discernable structure, we don’t give them something to hold onto, which is crucially important if you’re trying to write commercial music. And since our ears are trained to hear certain consistencies when we listen to music, other craft speedbumps that are important to avoid include inconsistent rhyme schemes, not keeping verb tenses the same and changing the use of pronouns in the middle of a song. Paying attention to all these details while making sure your lyric stays conversational and your melodies fresh may a be a lot to remember, but it is one of the most effective ways to communicate your song’s message. And although perfect craft without emotion certainly won’t hold a listener’s attention for obvious reasons, emotion in a song without craft causes a song to ramble, losing the listener as well. The key is to find the balance and keep both craft and emotion in mind when writing and rewriting your songs.

Forgetting that Songwriting is a Business While I understand that it’s essential to be passionate about the art of songwriting, this should never come at the expense of remembering that songwriting - if you’re hoping to generate income from your songs - is also a business. Forgetting this fact can lead to several missteps, starting with not pitching your songs and building important relationships, to overdoing it in a networking situation by pushing yourself or your songs too hard or losing your cool on the phone or via email. But before even considering pitching, every songwriter first needs to take a good hard look at their songs and ask themselves what would make a publisher, artist or record label interested in what they have to offer. Are you giving them something they don’t already have? Are your songs going to make them money? That may sound harsh but it does come down to more than art when commerce is involved, and it’s important to remember not to rush in before your songs are ready for the marketplace. Finally, following up is another part of the business where songwriters need to strike the delicate balance of doing enough but not too much. This is easy to forget when we’re excited about our work, still, you simply have to remember that it’s an important part of acting like a professional.

If you’re hoping to turn your passion into an income generating activity, then anything and everything you can do to avoid mistakes is worth your while. It’s hard enough to sustain a songwriting career when you’re doing things right. Don’t sabotage yourself by making these common, but avoidable, mistakes.

Cliff Goldmacher is a songwriter, music producer and educator with recording studios in Nashville, TN and Sonoma, CA. Through his studios, Cliff provides songwriters outside of Nashville with virtual, live access to Nashville’s best session musicians and demo singers for their songwriting demos. To find out more go to http://www.CliffGoldmacher.com/studio.You can download Cliff’s FREE tip sheet “A Dozen Quick Fixes To Instantly Improve Your Songs” by going to https://se295.infusionsoft.com/app/form/homepage-songwriting-tip-sheet.