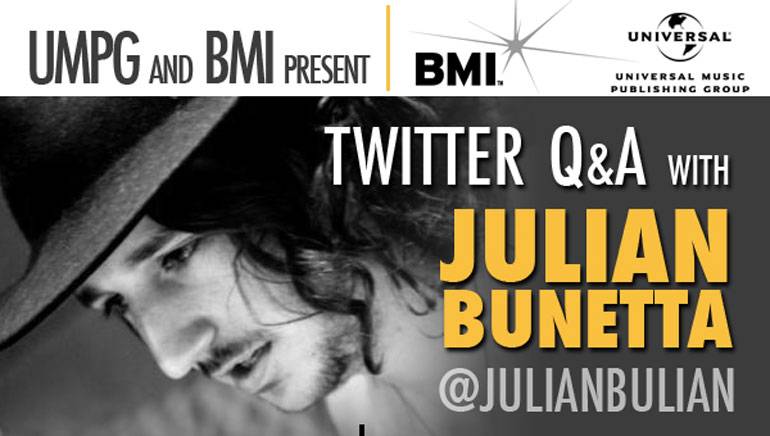 Calling all 1D fans: Broadcast Music, Inc. has partnered with Universal Music Publishing Group to host a live Twitter Q&A with one of their newest signees, songwriter and producer Julian Bunetta. This 31-year-old rising talent is the co-writer of One Direction’s latest singles, “Best Song Ever” and “Story of My Life,” among other songs, off their hotly anticipated album, Midnight Memories, out November 25. Julian and the boys also collaborated on their last album, Take Me Home, for which he produced five tracks (three standard, two deluxe) and wrote three (one standard, two deluxe). Judging by the success of that last project, Julian’s got the magic touch. Aside from his work with 1D, Julian has written songs on various soundtracks of films such as Step Up, Step Up 3D, Confessions of a Shopaholic and A Cinderella Story.

Up next, Julian is executive producing the debut album from Fifth Harmony, a girl group born out of The X Factor USA and co-signed by Simon Cowell and LA Reid.
Get the scoop directly from the source on how Julian got to be in tight with 1D, what their collaborative process is like in the studio, Julian’s secret ingredients to a hit song, his upcoming projects and other burning questions.

Here’s how to participate: