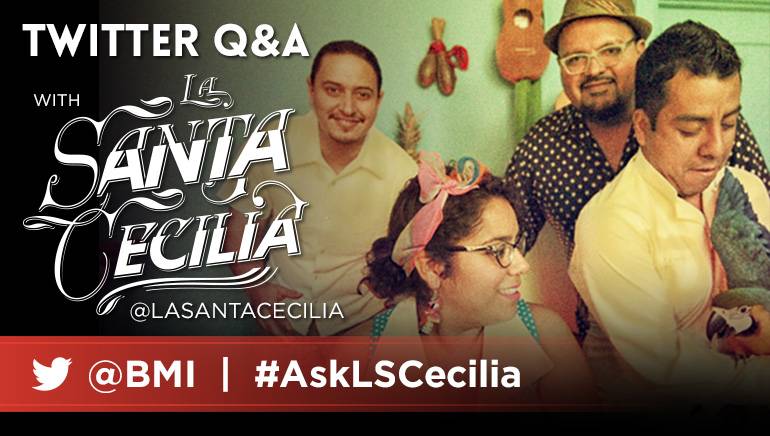 Named after the patron saint of music, the 2014 GRAMMY Award winners for Best Latin Rock, Urban or Alternative Album for Treinta Días are taking Latin music by storm, releasing their second CD for Universal, Someday New, and gearing up for their spot at this year’s Bonnaroo festival.

Hear directly from the band on their upcoming projects, advice for songwriters and other burning topics.

Here’s how to join in: