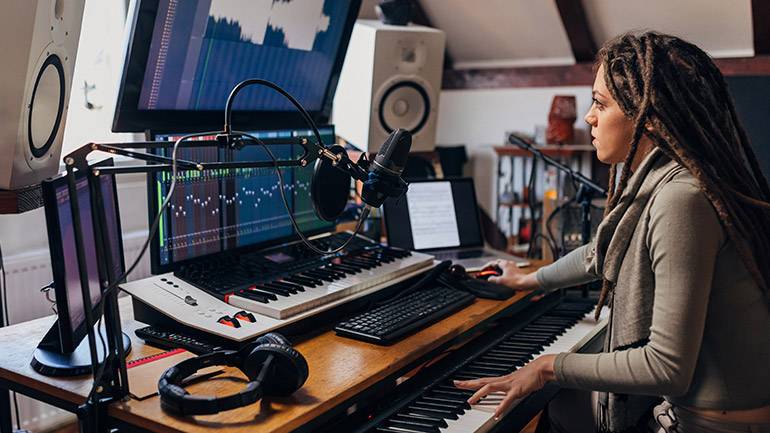 It takes a certain kind of personality to excel at tricky recording maneuvers while simultaneously working with an equally tricky recording artist. Perhaps it’s for that reason alone that I admittedly never sought full-time studio operator status, choosing instead to track guests on a case-by-case basis. But even in a limited capacity, managing a live recording session can be surprisingly taxing, requiring no small amount of technical and interpersonal dexterity. Here are some thoughts for avoiding time-consuming problems when working with multiple people in your studio, whether it’s your own music or someone else’s.

Producer, engineer, or both? Decide in advance whether you just want to be a button-pusher, or if you’re willing to provide the kind of input that producers have historically been tasked with, such as offering ideas about vocal harmony, phrasing, tempo, key, instrumentation and so forth, as needed. If everything is technically correct and you still don’t like what you’re hearing, speak up—as long as you keep it upbeat, performers will typically be receptive to a suggested alteration, particularly if it helps improve the song.

Know your client. Anything you can do in advance of a guest session can help ensure a smooth recording experience, from wiring in/situating microphones, labeling inputs/recording tracks, using sound baffling (if needed), and more. If recording someone else’s work, consider attending a band rehearsal or even watching a live clip on YouTube, so you have a better idea of what you’re getting into and how to approach the session ahead of time.

Keep it rolling. Back in the analog era, a spool of tape moving at 15 inches per second offered about 20 minutes of recording time tops—even so, engineers were often encouraged to “keep it rolling,” particularly if the performance was beginning to gel and despite any obvious mistakes made along the way. Nowadays even a puny microSD card holds more space than a shopping cart full of tape—all the more reason to keep your paws away from the pause button. Even if there’s a breakdown in the middle of a take, encourage the musicians to continue where they left off in order to maintain momentum, rather than continually starting from the top—remember that you can easily edit out the mistake/break later on.

All at once. “Building” a track out of individually recorded parts – drums first, then bass, keyboards, and so on – is not only a perfectly acceptable practice (and the dominant method of pro recording for some time now) but, for those without easy access to a performance space, is the only practical choice. For that matter, many folks prefer this approach, as it makes it easier to “control” the sound as it’s going down. But if you’ve got a tight group of players together in the same room, why not record them all at once? Though it requires a bit more discipline, going for a live vibe while cutting a basic track is always worth the extra effort. When doing so, consider recording the bass directly, or perhaps move the bass cabinet to another side of the room in order to prevent too much low-end leakage from occurring.

Be positive, no matter what. As mentioned previously, a good studio operator is both sound technician and people person—you might be a wiz behind the console, but it won’t matter much if you come across as impatient or condescending during a session. Which is why keeping the atmosphere upbeat is at least as important as ensuring the levels are correct – if a singer is struggling to hit the high notes, or the lead guitarist isn’t finding the groove right away, offer encouragement and calmly explain what might make it better on the next try. Though you can sometimes get what you need out of a single take, having the ability to create a composite (or “comp”) track by editing together the best bits from several different attempts can help take the pressure off.