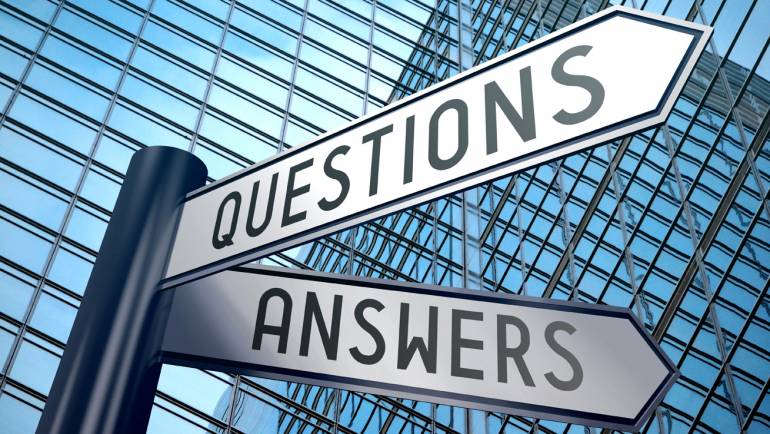 In teaching songwriting and music business workshops over the past fifteen years, I’ve observed that there is a “greatest hits” of questions that I get over and over again from my attendees. I thought it might be helpful to share those questions and my answers here.

1. When should I copyright my songs?
There is a fear early on in a songwriting career that your songs - which are understandably precious to you - might get stolen by some of the less scrupulous songwriters or music business people out there. As a result, there’s also the temptation to want to officially register each song you write with the Register of Copyrights in Washington, D.C. in order to protect them. The reality is that a song is “fixed” the moment it is completed and further copyright registration can be expensive and unnecessary at this point. My rule of thumb is that I copyright my songs when they are going to become available for commercial release. This could mean placed in a film or TV show or recorded on an artist’s album. It can also, especially these days, mean that you’ll be putting it up on YouTube or any one of a variety of social media and/or streaming services. Otherwise, there’s no rush to copyright your song just because you’ve finished it.

2. How do I pitch my songs to publishers who don’t accept unsolicited material?
We’ve all run into those pitch listings where a record label or music publisher says they’re looking for songs for an artist or project but won’t accept unsolicited material. This can seem like a dead end for new songwriters but there’s a method to this madness. From the label and publisher perspective, accepting songs from unknown songwriters can open them up to potential lawsuits if one of their writers or artists has a song that resembles an unsolicited pitch. I spoke directly to the head of a Nashville publishing company about what songwriters can do in this instance and his reply was simple. He essentially said that they were always looking for new material and once they got to know and trust a songwriter - either at a pitch to publisher event or a music conference for example - they were more than willing to listen to songs from that songwriter. In other words, get out there and meet publishers and label execs and build your networks.

3. How many songs should I pitch to a publisher?
While I understand the urge to pitch as many songs as possible so that a publisher can appreciate the depth and breadth of your catalog, less is most definitely more in this instance. If you put yourself in the position of a music publisher who listens to songs all day, it’s easy to appreciate why a pitch with nineteen songs will seem overwhelming while one or two appropriate songs for a pitch opportunity will be much better received. I assure you that if a publisher likes what they hear, they will ask you for more but it’s always better to start with only one or two songs. This type of restraint also marks you as a serious songwriter.

4. Should I use a split sheet when I co-write?
I came of age as a songwriter in Nashville where spilt sheets were rarely if ever a part of a co-writing session. This is not necessarily the case in LA and New York where things are a bit more “letter of the law” when it comes to songwriting collaboration. But wherever you are, you should always have an open and frank discussion about songwriting percentages with every new co-writer before a writing session. In Nashville, for example, it’s common for everyone involved in the writing of a new song to be awarded an equal share of the copyright. The understanding here is that the song as it is wouldn’t be the same without all of the collaborators working on it no matter what their official contribution might have been. This certainly isn’t the only way to approach co-writing percentages but it’s the one I feel serves the song best. That said, have the discussion in advance and you won’t risk the possibility of misunderstandings or worse later on.

5. What if I don’t like a song I’ve co-written? Can I take my part back?
Co-writing is built on trust. This means that you’re trusting your collaborator to make a good faith effort to contribute their talent to the song in the same way that you’re contributing yours. That said, if you bring in a lyric, for example, and your collaborator puts a melody to it and you don’t care for it, you are obliged - once you’ve agreed that this is a co-write - to work together to find a solution. This is a co-write and NOT an audition. It’s considered poor form to reject a collaborator’s contribution and take back the parts of a song that are yours. That said, if you’re prepared to most likely burn that particular co-writing bridge, you can ask to take your contribution back, but if the answer is “no,” your best bet is to accept that this particular song isn’t going to be one of your favorites and move on to your next song.

6. How do I find co-writers?
There is no one specific way to find a songwriting collaborator. It could be a band mate or a musician friend, BUT the key is to be brave. Living in or visiting music cities like Nashville, New York and Los Angeles means you’ll be exposed to the country’s biggest songwriting communities. If you’re attending a writer’s night or music conference, you’ll be in the company of lots of like-minded songwriters. If you like a song that you’ve heard at one of these events, it’s well worth your while to introduce yourself to the songwriter and suggest getting together to collaborate. Two things though: first, make sure you’re talking to one of your peers and not a hit songwriter who most likely already has their group of collaborators, and second, it’s always easier to make the request if the person whose music you like has also heard some of your work. For those of you who don’t live in or visit the big music cities, there are services like www.SongwriterLink.com and www.WeShouldWriteSometime.com which can help, too.

7. Can/should I put my songs out online (i.e. SoundCloud, YouTube, Facebook, etc.)?
My instinct is that the more you can do to get your songs out in the world, the better. Most songwriters err on the side of not exposing their songs enough. Also, the risks of your song getting stolen or being perceived as “overexposed” are negligible, but the potential upside of getting a significant number or likes or views as viable “social proof” makes this a worthwhile endeavor. Those listens, likes and views - especially as they get into the multiple thousands or more - indicate in a tangible way to the music industry decision makers that you’ve got something worth paying attention to.

8. Can I pitch my homemade rough recordings?
I always preface my answer to this question by saying “don’t kill the messenger,” but the answer, in my opinion, is an unequivocal no. Rough recordings are fine for capturing the lyric, melody and chord changes of your song. These recordings are great for remembering what you’ve written or for giving to a recording studio, demo vocalist or session musicians to learn or chart your song in advance of a session. However, under almost no circumstance should you pitch a rough recording to a record label, music supervisor or music publisher. You only have one chance to make a good first impression and a poorly recorded or performed rough recording will be an unnecessary distraction from what really matters, which is your song. What if someone in the industry says a rough recording is fine, you ask? Well, there may be that rare music industry executive who really can hear through a rough recording, but what if they want to send it on to another executive who isn’t as forgiving? Your demo doesn’t have to be elaborate. A professionally recorded and performed guitar or piano and vocal is enough, but the key is “professional.”

9. Can I pitch my finished demo as a master (e.g. for film and TV)?
One of the best things about a professional demo is that it sounds, well, professional. What this means is that you might have the opportunity to pitch your demo - as is - for a placement in a film or TV show. This is totally fine assuming you’ve done your homework in advance. What I mean is that you’ll have to have signed releases from the studio, demo vocalist and session musicians giving you the right to pitch their work for possible use as a master. I use a standard one sheet release in my studio which grants permission to the songwriters to pitch the demo for master use, but also stipulates a bonus (a small percentage of the master payment) for the vocalist and session musicians should the demo generate income with a master placement.

There are, of course, an infinite number of questions songwriters have about the music business, co-writing and the demo process but, hopefully, these questions and my answers will help you more easily navigate your careers as you move forward.

Bio
Cliff Goldmacher is a songwriter, music producer and educator with recording studios in Nashville, TN and Sonoma, CA. Through his studios, Cliff provides songwriters outside of Nashville with virtual, live access to Nashville’s best session musicians and demo singers for their songwriting demos. To find out more go to https://se295.infusionsoft.com/app/page/studio-services. You can download Cliff’s FREE tip sheet “A Dozen Quick Fixes To Instantly Improve Your Songs” by going to https://se295.infusionsoft.com/app/form/homepage-songwriting-tip-sheet.