BMI toasted the veteran trio of hit-makers behind BMI songwriter Keith Urban’s latest no. 1, “You Look Good in My Shirt,” Monday, November 3 in its Music Row offices. Written by BMI troubadours Tony Martin, Mark Nesler and Tom Shapiro, the single originally earned a spot on Urban’s 2002 releaseGolden Road, but its effervescent popularity led to its second recording for his Be Here project and subsequent release as a single. 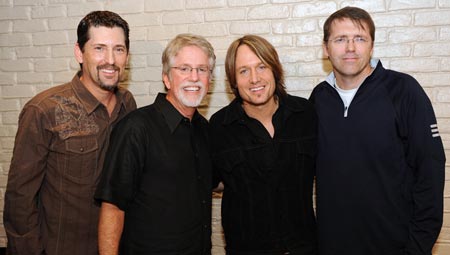 All three of the song’s writers boast enduring familiarity with chart success, both together and individually: Mark Nesler’s compositions include Tim McGraw’s “Just to See You Smile” and George Strait’s “Go On”; Tony Martin co-wrote “Just to See You Smile” with Nesler, but also co-penned Dierks Bentley’s “Settle for a Slowdown” and much more; and Tom Shapiro’s long list of smashes earned him a spot in the Nashville Songwriters Hall of Fame this year. Addressing the crowd after the numerous award presentations, Tony Martin quipped, “Songs are like children. I’m just so happy some of them actually go off and make a living.” 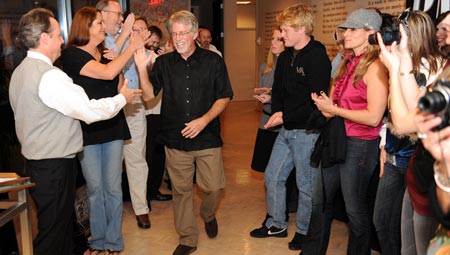 Tom Shapiro receives an enthusiastic welcome from the crowd assembled to toast “You Look Good in My Shirt.” 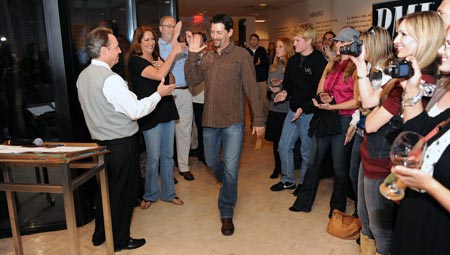 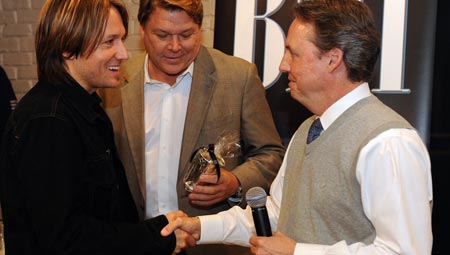 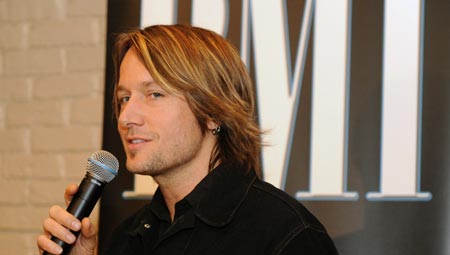 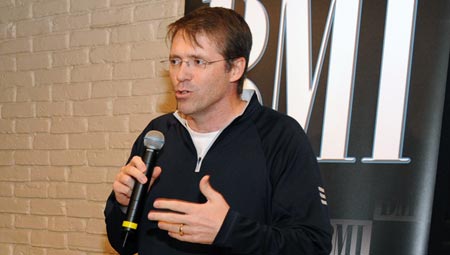 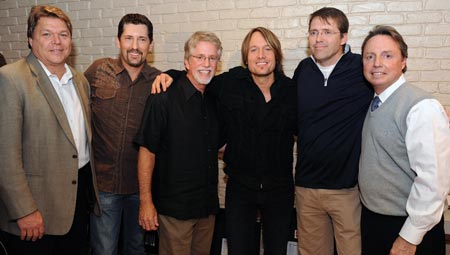 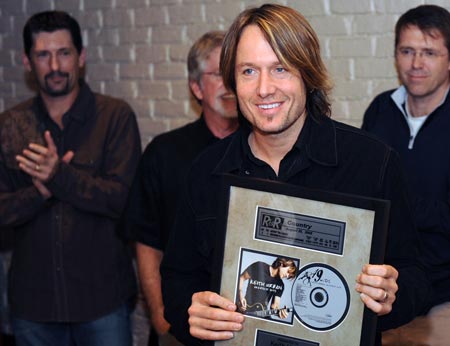 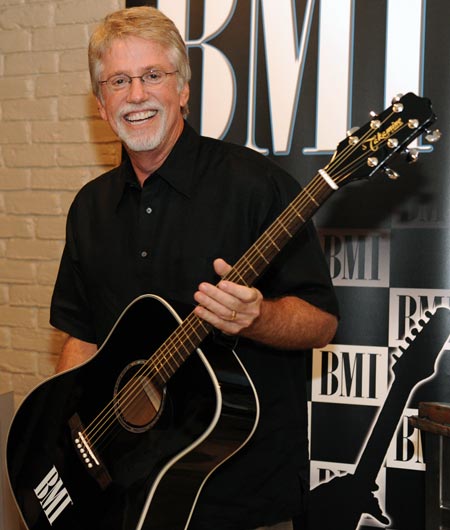