Posted in MusicWorld on January 7, 2016 by Jason Blume 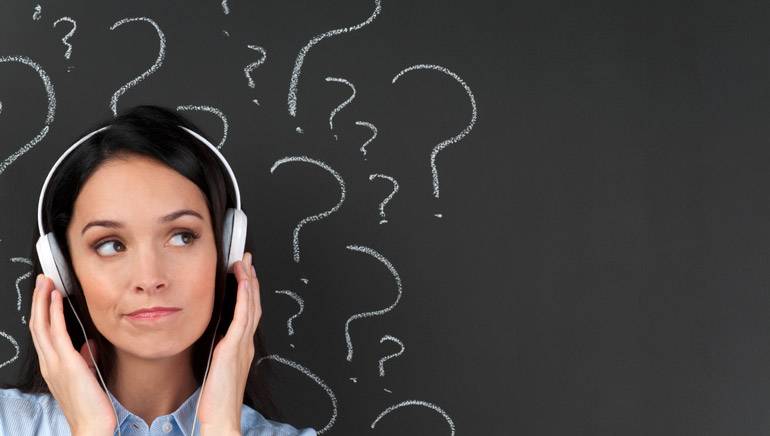 When I took my first songwriting workshop I had no idea that verses, choruses, and bridges were the primary building blocks used in popular songs. Nor did I know that the vast majority of the songs I listened to on the radio combined these components into one of four song forms, or a variation of one of these forms.

Initially, when I learned about song structures, I feared that confining my music to one of a handful of prescribed forms would limit—or even destroy—my creative expression. But I learned that effective songwriting is an art of communication; that a primary goal was to connect with—and evoke emotion in—my listeners. The structures I used to express my songs did not alter their message. To the contrary, presenting my songs in formats with which my listeners were familiar, allowed my audience to receive the melodies and lyrics I shared. My listeners might not be able to define or identify a verse, a chorus, or a bridge, but they had spent a lifetime listening to music that was constructed using these components, so including them added a sense of familiarity.

Popular music is constantly evolving, and this article explores whether the use of song structures has changed, and whether there are any trends to take note of. Before proceeding, I’ll briefly define the functions of each of the “building blocks.”

Verse lyrics tell the story, include action and details, and lead the listeners to the chorus and the title. Each verse typically has different lyrics, and while there are no “rules” about how long a verse should be, the most common lengths are eight, twelve, or sixteen musical bars.

Hot Tip: To write a second verse, ask yourself, “What else happened? Or, “Then what happened?”

Chorus lyrics are usually a simple summation of the concept—a place to summarize the song’s essence in a catchy, easy-to-remember way. Choruses are intended to be the most memorable part of the song, both lyrically and melodically—the part people walk away singing. Choruses tend to be eight, twelve, or sixteen musical bars.

In song forms that include a chorus, the title will almost always be in the chorus. The rare exceptions to this are typically songs written by artists who write for themselves. For example, Coldplay’s GRAMMY-winning Song of the Year, “Viva La Vida” never includes the title in the chorus—or anywhere else in the song.

The chorus lyric does not typically bring in detail or advance the story. Why? Because the chorus will likely be repeated two or three times, and if it is full of detail and story, it probably won’t make sense to repeat it.

Typically, every chorus within a given song will have the same melody and the same lyrics. But there are certainly exceptions. The two choruses in Patsy Cline’s classic “I Fall to Pieces” (Harlan Howard/Hank Cochran) include different lyrics, and in Jimmy Buffett’s “Margaritaville,” the final line of each chorus lyric is different from the others.

The word most often invoked when describing the function of bridges is “departure,” and indeed, the most effective bridges depart both melodically and lyrically from the other sections of the song. Ideally, in this section a new lyric angle, new perspective, and/or new information is introduced. Bridges (often referred to as the “Middle 8” outside the U.S.) are typically four or eight musical bars. They can be instrumental (such as in Eric Church’s “Like a Wrecking Ball”), but that’s not typical.

Whether to include a bridge or not is a creative decision based on factors such as whether the writer wants to advance the story, if there is a new melodic element they want to introduce, and the length of the song.

A pre-chorus is a component of a song that occurs immediately before the chorus. Sometimes called a lift, a climb, a channel, a set-up, or a “B” section, its function is to connect and propel listeners from the verse to the chorus—both melodically and lyrically. This sub-section of the verse is most often comprised of four or eight musical bars.

Songs that include a pre-chorus in the first verse almost always have one in every subsequent verse. In songs that have two verses prior to their chorus, the pre-chorus typically only appears in the verse immediately before the chorus.

In many instances (such as The Weeknd’s “Can’t Feel My Face”) every pre-chorus has the same melody and the same lyric. But in the pre-chorus of Taylor Swift’s “You Belong With Me,” the melody of each pre-chorus remains the same, but the lyric changes each time. Both of these approaches are regularly found in successful songs in various genres.

Post-choruses (sometimes called “B” choruses) are sections that follow a chorus, providing an additional hook. Most often comprised of four or eight musical bars, the post-chorus might follow every chorus within a given song, or it might be only in the song’s final chorus. In addition to contributing an extra melodic hook, in many instances, this section serves as a place to hammer home the title.

Excellent examples of post-choruses include Taylor Swift’s “Shake it Off” and Katy Perry’s “Roar.”

How Songs Have Typically Been Constructed

The most popular song forms since the era of the Beatles have been:

Verse—Verse—Bridge—Verse
(Example: Whitney Houston’s “Saving All My Love for You”)

These structures are sometimes expressed as:

Popular variations have included starting with a chorus (B—A—B—A—B or B—A—B—A—B—C—B); having two verses prior to the first chorus; and having a “double” chorus.

In songs that use the A—A—B—A form, a common variation repeats the bridge after the third verse, followed by an additional verse (A—A—B—A—B—A). In these instances the second bridge is almost always the same as the first—melodically and lyrically. The last verse sometimes repeats the lyrics of the first verse, but not in all cases.

In some songs, the pre-chorus is repeated between the second and third choruses, serving the function of a bridge. Sam Hunt’s country hit “House Party” is a good example of this.

The A—A—B—A song form (with slight variations) was used in songs such as Whitney Houston’s “Saving All My Love for You” (written by Linda Creed and Michael Masser), Paul McCartney’s “Yesterday,” and John Lennon’s “Imagine.” This song form seemed to be in a disproportionately large number of songs that became “standards.” But the popularity of this structure began waning in the ‘80s and ‘90s. It can be heard in 2015 Country Song of the Year GRAMMY-nominated song “Chances Are” (recorded by Lee Ann Womack and written by Hayes Carll.)

The chorus—which has lyrics—comes before the drop, usually in the spot where other genres would have a pre-chorus. In EDM, the chorus’s function is to build into the dance break, which is the peak of the song.

While an EDM song might have 2 verses and choruses, in many instances, there is only one verse and chorus. It would be extremely rare for a song in this genre to have a bridge.

David Penn, Founder and Editor-in-Chief of Hit Songs Deconstructed, is an expert regarding the latest trends in pop songs. His website www.hitsongsdeconstructed.com provides intensive analyses of virtually every aspect of the songs that comprise Billboard’s top-10 Hot 100 songs.

When asked what trends he is currently observing in the structures of hits, Penn stated, “One of the most pronounced trend shifts that we’ve observed during the last few quarters is that songs are getting to the chorus/payoff much faster. For example, the percentage of songs that feature the chorus BEFORE the verse reached its highest level in years, skyrocketing from just 25% of songs in the first quarter of 2015, up to 42% of songs in Q2, and remained close to the same in Q3.”

“During the first three quarters of 2015, a total of 21 disparate forms were utilized when crafting the 43 songs that appeared in the Billboard Hot 100 Top 10. The ABABCB form continues to be the most popular, and the BABABCB form follows as the second most popular.” (David Penn, Hit Songs Deconstructed)

Penn continued, “It’s interesting to note that the popularity of the ABABCB form rose to hits HIGHEST level in years in Q1 (60% of songs), followed by dropping to its second LOWEST level in years in Q2, where it accounted for just 26% of songs, and remained almost the same in Q3. This was due in part to the number of forms in the top 10 doubling from 8 to 16 from Q1 to Q3.

The popularity of intros, pre-choruses, and instrumental breaks rose to their highest level in over a year in Q3. Bridges, however, fell to their lowest, being replaced by other sections such as an instrumental break or a changed up pre-chorus to provide a pronounced departure relative to other sections in a song. These are just a few of the many trend shifts that we’ve been observing at Hit Songs Deconstructed.

Aside from the ABABCB and BABABCB forms, most of the other forms in Billboard’s top-10 Hot 100 Songs during the first three quarters of 2015 were found in just one or a couple of songs each quarter. So, the trend is to draw from a wider variety of song forms than have been used in the past.”

A review of the 2015 Country Song of the Year GRAMMY nominees revealed that each of the five nominated songs used a different song structure.

A look at Billboard’s top-10 Hot Country Songs of 2015 showed that writers of hit country songs are exploring a variety of song structures.

The classification of whether a section constitutes a bridge, a pre-chorus, or a post-chorus is subjective, and in some instances, is not clear-cut. It is interesting to note that of the fourteen songs that comprise the 2015 Country Song of the Year nominees and Billboard’s top-10 Hot Country Songs of 2015, six had structures that were not found in any of the other songs, while five of them used the V-C-V-C-B-C (A-B-A-B-C-B) and three were V-C-V-C-C (A-B-A-B-B).

While popular songs still rely on the building blocks of verses, choruses, bridges, and pre-choruses, recent hits have included more variations in the way those elements were put together, and post-choruses have become increasingly popular.

Songwriters have been exploring new song forms and variations—and if the music charts and GRAMMY nominations are any indication, listeners have been embracing the new structures.

Jason Blume is the author of This Business of Songwriting and 6 Steps to Songwriting Success (Billboard Books). His songs are on three Grammy-nominated albums and have sold more than 50,000,000 copies. One of only a few writers to ever have singles on the pop, country, and R&B charts, all at the same time—his songs have been recorded by artists including Britney Spears, the Backstreet Boys, the Gipsy Kings, Jesse McCartney, and country stars including Collin Raye (6 cuts), the Oak Ridge Boys, Steve Azar, and John Berry (“Change My Mind,” a top 5 single that earned a BMI “Million-Aire” Award for garnering more than one million airplays). Jason’s song “Can’t Take Back the Bullet” is on Hey Violet’s new EP that debuted in the top-10 in twenty-two countries and reached #1 throughout Scandinavia and Asia. He’s had three top-10 singles in the past two years and a “Gold” record in Europe by Dutch star, BYentl, including a #1 on the Dutch R&B iTunes chart.

Jason’s songs have been included in films and TV shows including “Scrubs,” “Friday Night Lights,” “Assassination Games,” Disney’s “Kim Possible” “Dangerous Minds,” “Kickin’ it Old Skool,” “The Guiding Light,” “The Miss America Pageant,” and many more.  Jason is in his nineteenth year of teaching the BMI Nashville Songwriters workshops. A regular contributor to BMI’s MusicWorld magazine, he presented a master class at the Liverpool Institute for Performing Arts (founded by Sir Paul McCartney) and teaches songwriting throughout the U.S., Australia, New Zealand, Norway, Ireland, the U.K., Canada, Bermuda, and Jamaica.