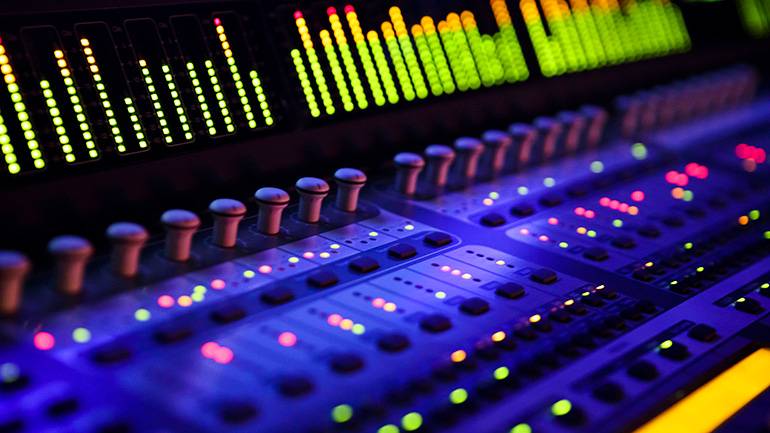 Almost from the start, two of the most frequently used effects in recording have been reverberation and compression. And with good reason—perhaps more than any other sound enhancer, each one has the ability to transform a bare-bones demo into a pro-leaning product. There’s a flip side, however. Some of these processors are so seductive that it’s easy to abuse them, leaving you with a final work that lacks definition and sounds, well, fake.

To avoid this predicament, let’s consider some practical approaches to working with these tools, including what makes them tick, where and when to use them in the recording, as well as how they interact with one another.

First, what we commonly think of as “reverb” is actually “echo”—to be precise, it’s the sound of numerous echoes strung together (as opposed to a single or finite number of echoes, a.k.a. “delay”). While virtually all studio reverbs today are digitally reinforced, in its original form, room sound was achieved by miking up an actual room—that is, a purpose-built space made with highly reflective walls and ceilings known as an “echo chamber.” Other reverb forerunners include the famous “echo plates” (massive metal boxes housing an electrified plate to simulate reverberation—marvelously so in many instances), as well as spring units (mainly found in instrument amplifiers). Perhaps not surprisingly, those hallowed sounds remain a staple of the plugin trade, as evidenced by successful simulators like Waves Abbey Road Chambers and Reverb Plates Plug-ins, Eventide’s UltraReverb Plug-in and others.

While you could conceivably drench an entire mix with a single layer of reverb, adding the effect incrementally track-by-track generally produces the best results. Using your effect-send controls (and EQs as needed), you can create contrasting shades of reverb for each instrument—say, a brighter echo with longer pre-delay for the lead vocal, or just a smidge over the drums and none at all for the bass, and so forth. Starting with a totally dry signal, gradually blend in the reverb return (the “wet” signal from the reverb source), while also adding a few milliseconds of pre-delay to ensure adequate direct sound.

There are some instances where saving the reverb for last can really work well. For example, if your mixed track consists of different song “sections” digitally edited together, adding reverb over the top makes any stitch marks disappear, giving the allusion of a single live performance.

When recording vocals using a condenser microphone, engineers will often place the singer just a few inches from the diaphragm in order to achieve a rounder tone (known as the “proximity effect”). At this distance, however, it’s easy to run into sudden volume spikes as the vocalist naturally leans into certain passages. This is why a compressor-limiter can be an invaluable weapon—by inserting the device into the signal path, one can easily control such random deviations, resulting in a smoother overall sound. We used to see makers like Fairchild and United Audio have success with their wonderfully responsive tube-driven limiters; today’s devices use circuitry patterned after these machines and include regulars like ART’s Pro-VLA II, the DBX 560A Compressor/Limiter as well as TK Audio’s BC1-THD Stereo Bus Compressor.

Though you could just use your ears while turning the dials, having a basic understanding of compression mechanics beforehand is helpful—in particular, the relationship between threshold (the point at which the limiter becomes “active”), attack and release (how quickly or slowly the compression effect comes in/out) and ratio (from a low of 1.5:1 for lighter “leveling” jobs, to 4:1 and up). For instance, a higher threshold combined with a lower ratio and faster attack/release time would be appropriate when seeking a more “transparent” sound (that is, you’re not really hearing the effect, but it’s still working). By contrast, reducing the threshold while boosting the compression effect adds bite and sparkle to acoustic guitar and piano, while giving drums an uncompromising veneer. Particularly when inserted into a master stereo bus during mixdown, a properly adjusted compressor-limiter acts like sonic glue, holding the peaks in check while subtly boosting levels where needed.

As with all effects start small (particularly on louder sources like drums or amps), so you don’t lose the instruments’ natural dynamics. Also, too much effect can lead to “pumping” percussion or overly glossy reverbs, which can be exacerbated by broadcast compression if you eventually get radio play.

So, which comes first, compression or the echo? Depends on who you ask, but generally speaking - putting a limiter after a printed echo tends to increase the tone and tail of even shorter reverbs, whereas using the effects the other way around results in a slightly less dynamic but more natural-sounding echo. With a little experimentation, you and your ears can decide which works best.