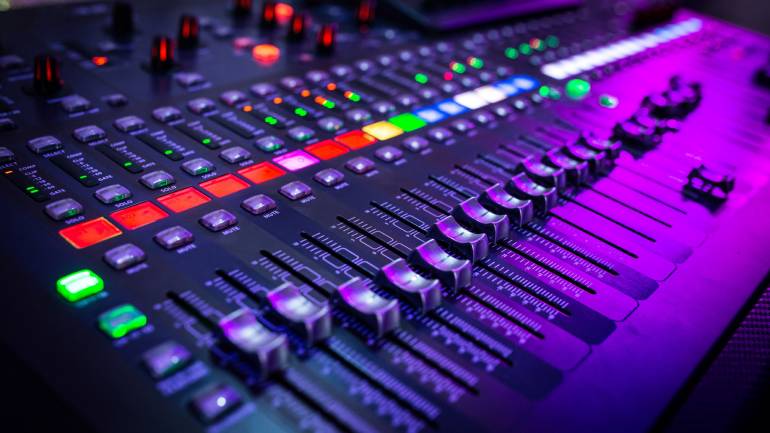 Nowadays even the most basic software package offers home users virtually infinite tracking space, making the temptation to over-record stronger than ever. Bear in mind, however, that some of the most compelling productions through the years have been those that favored space and dynamics, rather than uber-overdubbing. To that end, we offer a handful of ideas for keeping your mixes properly balanced, using only essential instrumentation to achieve the desired outcome.

The Beatles helped write the book on studio simplicity, largely out of necessity: like many British facilities at the time, the Fab Four’s main base of operations, EMI’s Abbey Road studios, utilized a maximum of four tracks for most of the Beatles’ recorded output. It wasn’t until late 1968, in fact, that the group ventured to nearby Trident Studios and its brand new eight-track recorder for the making of the milestone single “Hey Jude.” Despite doubling their tracking capacity, the foursome still kept things remarkably uncluttered, using little more than upright piano, acoustic guitar, bass (absent for the first minute) and drums right through to the rousing “na na hey hey” finale. Some 50 years on, “Hey Jude” remains among the most obvious examples of a basic mix supporting a superior song.

Indeed, often it’s more about what’s missing than what you’re hearing. On their 1969 smash “Honky Tonk Women,” the Rolling Stones perfected the approach: allowing drummer Charlie Watts several seconds to lay down an uncompromising groove, Keith Richards then joins the fray with a lone electric rhythm guitar, Mick Jagger follows with his lead vocal—and for a good portion of the song, that’s basically it. Though it seems ridiculously simple in hindsight, withholding Bill Wyman’s bass part until the start of each chorus was an incredibly effective concept (one that would be widely copied in the years that followed), no doubt contributing to the song’s massive impact.

There are subtler variations on this theme. Reggae and ska recordings are notable for their intermittent bass “holes,” i.e., entire bars where the bass suddenly drops out. Though barely noticeable, these brief pauses add dimension to the music and also make the bass more prominent when it reappears. Not surprisingly, Sting, himself a major Bob Marley acolyte, regularly infused his Police recordings with these bass spaces—listen to the way he holds back during the climax of “King of Pain,” for instance (beginning at around 3:15).

Then there’s the opposite approach—that is, making bass the focal point of the mix. One obvious example is Nirvana’s 1991 breakout single “Smells Like Teen Spirit,” whereby engineer Butch Vig scales back nearly everything but bass and drums during the verses, then gradually brings in guitars during the pre-chorus before firing up all the faders for the song’s ear-grabbing climax.

Even more to the point is “Seven Nation Army,” the bass-based staple from White Stripes’ 2003 Elephant LP. In this case, simplicity wasn’t so much a choice as a requirement, as the sessions took place at London’s all-analog Toe Rag Studios using a vintage 8-track tape machine. As it turns out, lack of track space was exactly what Jack White’s anthemic rocker needed (incidentally, the “SNA” bass part isn’t actually a bass, it’s an electric guitar played through an octavizer pedal).

These are just a few examples of how a properly preened mix works in service of the song. Rather than using innumerable tracks to find the ideal sound, focusing on the music, the musicianship, as well getting a solid arrangement using as few faders as possible—often yields the best results.

“When you listen to the quality of the records made during the ‘60s, for instance, you can understand why many producers were reluctant to change,” remarks Toe Rag Studios owner/operator Liam Watson. “The music sounded great—it worked—therefore why add more tracks? So, I think the main thing to remember nowadays is that it’s not really important to have lots of fancy equipment on hand. Just find something that works for you, and learn to use it properly. Once you’ve got a bit of gear that does what you want it to do, that’s it—you’re ready to go.”