Posted in MusicWorld on December 21, 2009 by Jonny Whiteside 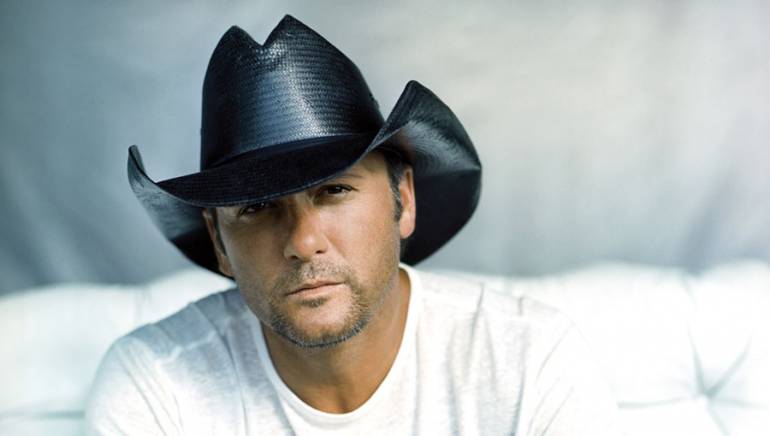 When Tim McGraw first arrived in Nashville 20 years ago, he was just one more gung-ho foot soldier in the city’s perpetually teeming ranks of country music aspirants, battling it out on nightclub stages and facing tremendous odds against ever making any headway. Yet within several years, the Louisiana-born singer-guitarist had established himself as Nashville royalty.

Despite his mind-bendingly successful track record, with sales topping 40 million units, an impressive 30 chart-topping singles, three Grammys, 14 nods from the Academy of Country Music and 11 awards courtesy of the Country Music Association, McGraw has not had an easy path. He goes his own way, and his commitment to versatility has steadily begot the kind of blazing reinvention that would snuff out a weaker artist.

While he has cut his fair share of sweeping Music City pop-infused numbers, including “Live Like You Were Dying” and Faith Hill duet “Let’s Make Love,” the man also does stone-country better than just about anyone: McGraw standards, including “Indian Outlaw,” “I Like It, I Love It,” “Don’t Take the Girl” and “Where the Green Grass Grows,” are playful and unmistakable honky tonk. After taking into account his ability to memorably render songs penned and already recorded by venerated artists — Rodney Crowell’s “Please Remember Me” and Ryan Adams’ “When the Stars Go Blue” come to mind — a portrait of singularly skilled stylist with a Midas touch emerges.

His stunningly successful partnership with Faith Hill, the Soul2Soul tour, pulled in a reported $90 million dollars in 2007, and while the pairing recalls the heyday of George Jones and Tammy Wynette, the grand production of the show itself evokes the drama, glamour and intimacy of classic pop music. A pop sophisticate who is somehow simultaneously down home, when he shared a bill with the Black Eyed Peas to kick-off the 2009 NFL season, he commanded the internationally televised stage with aplomb.

His branching out has grown even more ambitious, swelling to include several bows on the big screen. While his role in the western-set feature film Flicka may seem like comfortable territory for a star in a cowboy hat, his portrayal of Vince Vaughn’s overweight and underwhelming brother in the San Franciso-based Four Christmases certainly isn’t. Next up: McGraw currently co-stars in The Blind Side, with heavy hitters Sandra Bullock and Kathy Bates.

His penchant for risk-taking is buoyed by a business savvy that has resulted in recent changes, including, most notably, joining the Red Light Management roster. Led by industry innovator Coran Capshaw, Red Light is best known for representing Coran’s flagship powerhouse the Dave Matthews Band, as well as Good Charlotte, the Decemberists, Drive By Truckers, Herbie Hancock’s Imagine Project and many more. The company’s sister organization, Greenlight Media & Marketing, will be involved with the McGraw brand as well, and the industry anticipation generated by the trifecta is palpable.

However, when all is said and done, it comes down to the music. Produced by Byron Gallimore, Southern Voice, McGraw’s first album of fresh material in almost three years, marks a splendid return to form for the hit-maker. The album’s first single, “It’s a Business Doing Pleasure with You,” is a banging, juicy slab of rocked-up country. Penned by Nickelback’s Chad Kroeger and hit songwriter Brett James, and put over with McGraw’s exuberant vocals, the song relies on a classic employ of irony-laden, old-school country word play.

The second single and title track is a soulfully delivered southern history lesson, which sprawls through a vivid montage of music, sports, literature and legend. Written by ace BMI songwriters Tom Douglas and Bob DiPiero, the tune is currently climbing the charts.

Out on October 20, Southern Voice showcases more of McGraw’s signature balance between coziness and stretching, fun-loving rowdiness and artistic experimentation. But no matter where or how high his star continues to rise, McGraw himself will be pulling the strings, using his familiar, yet unpredictable, distinctly southern voice.