Posted in MusicWorld on November 16, 2011 by James Wells 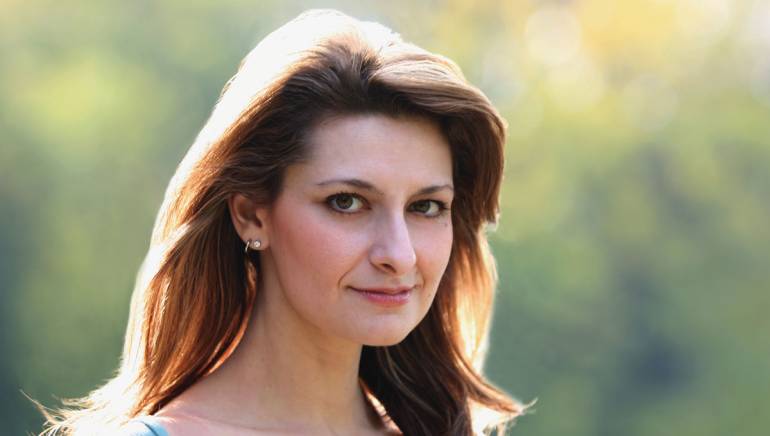 If Sara Wordsworth is correct and there is “music all around you, all the time,” she must like what she’s hearing.

Along with Kristen Anderson-Lopez, James-Allen Ford and Russ Kaplan, Wordsworth served as a lyricist and librettist for In Transit, a critically acclaimed, award-winning a cappella musical. The show had a successful off-Broadway run at Critical Stages in 2010, and the production team anticipates its commercial reopening in the next year.

The spirited musical contains a host of ambitious 30-somethings — an aspiring Broadway singer, a pining lover, a “broker gone broke,” etc. — who repeatedly cross paths on the subway. Although actually and figuratively on the move, these aspirants all confront the disappointment of not being, as the opening number says, “there yet,” and each echoes the lament, “[I’ve] gotta deal with the fact that I’m not the one drivin’.”

Wordsworth explains that In Transit’s “subway and a cappella” are more than just location and style, respectively; they work as metaphors for life’s painful odysseys and the often unrecognized figures who support us along the way.

“In New York, or anywhere, you kind of think you’re on an individual path,” she says, “but everyone is singing backup to your song without your even knowing it.” True success in life only comes when the characters can stop “tun[ing] out the world” and attend to “the strange kind of harmony” that the bustling world offers. In this way, the musical captures, in Wordsworth’s estimation, “the universal feeling of wanting so badly to be somewhere that you’re not, but realizing that the getting there is what it’s about.”

Wordsworth discovered her own life’s supporting harmonies in the Tony-winning BMI Lehman Engel Musical Theatre Workshop, which she calls a “turning point,” where her “music took a more serious note” and she came to understand that composers are “all in this together, and we need to support each other’s work.”

Sara Wordsworth joined BMI in 2008. Find out more about her current projects at www.sarawordsworth.com.