Posted in MusicWorld on March 22, 2007 by Elisabeth Dawson 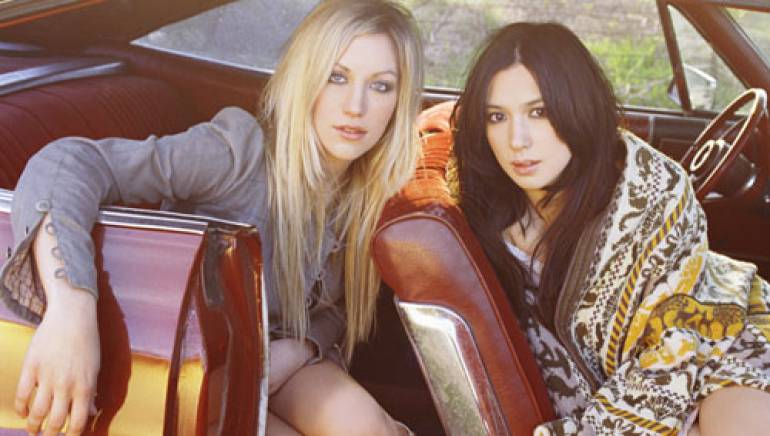 Twin harmonies layered over some of the most dapper melodies and stories in recent country music memory have become The Wreckers MO. Members Michelle Branch and Jessica Harp took a chance on each other and Nashville, and so far, it’s returned fat dividends, including a 2006 Grammy nomination — the capping applause for a year filled with much of the same.

CMT dubbed the girls’ debut, Stand Still, Look Pretty, one of the top country albums of the year, and their first single, “Leave the Pieces,” hit No. 1 after a long, steady climb up the charts.

A CMA nomination helped officially welcome the duo to Music City, but the nod strayed from those typically designated for newcomers. Instead of a Horizon Award nomination, Michelle and Jessica jumped into the company of established country superstars with a Duo of the Year nod. New as they are to the country market, no one treats them as such; their music simply won’t allow it.

Jessica Harp’s stint as Michelle’s backup singer came after the two discovered a special kinship through mutual friends, prompting Branch to extend an invitation to Jessica to join her on the road. Harp drew industry attention of her own, including a major label proposition for the solo career she thought she’d always wanted. Nothing felt quite right, and Jessica waited. Finally, a major Nashville label offered her a deal, she accepted and the Kansas City native packed and headed east.

Harp put in a phone call to her best friend, and The Wreckers were born. Michelle and Jessica’s ruminations over forging a band together fell perfectly into place — the patience and roll of the die resulted in one of 2006’s most galvanic country music forays, ushering in a seasoned, yet refreshingly new pair brimming with promise.