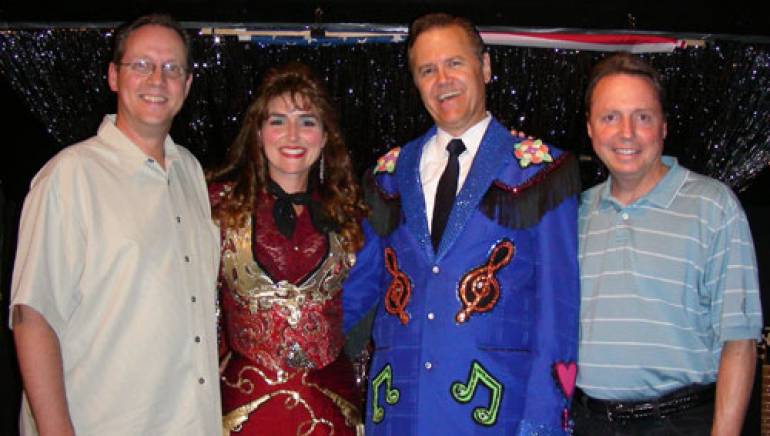 Pictured at the show are (l to r): BMI's Shelby Kennedy, Jenny Littleton as Debbie, Bruce Arnston as Doyle and BMI's Jody Williams.

The Doyle and Debbie Show is sublime parody, simultaneously lampooning and celebrating country music’s tradition of iconic duos and their subsequent battle of the sexes. BMI affiliates Bruce Arnston and Jenny Littleton wield the vocals of vintage country stars and the acting chops of Broadway veterans, taking audiences on a freewheeling joyride through a wickedly funny script and slew of equally hilarious original songs, all written or co-written by Arnston. Performances each weekend in June at Bongo Java’s After Hours Theatre have left Nashville critics salivating and introduced a dizzying scope of possibilities for the troupe.