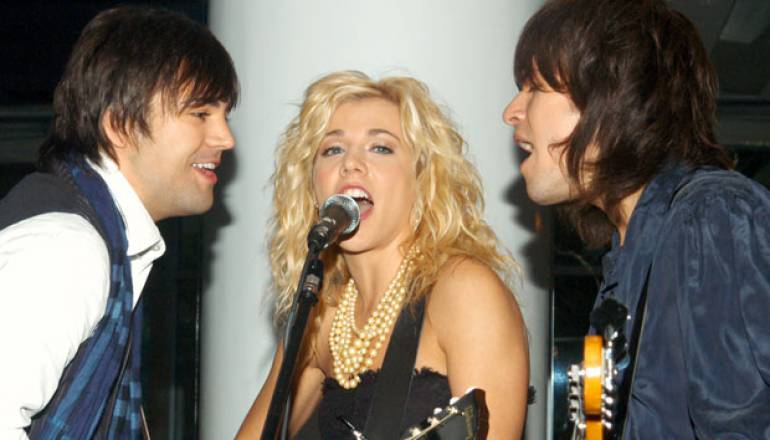 Breakthrough Artist winners the Band Perry perform Song of the Year "If I Die Young" at the 2011 MusicRow Awards in Nashville Photo: Alan Mayor, courtesy of MusicRow magazine

The Band Perry led BMI’s domination of the 2011 MusicRow Awards, handed out Tuesday, June 21 in Nashville. The Band Perry front woman Kimberly Perry earned the Breakthrough Songwriter trophy; her composition “If I Die Young,” the trio’s debut single that topped country charts and has since achieved double platinum sales, claimed Song of the Year honors. The family band, which comprises Kimberly and her brothers and fellow BMI songwriters Neil and Reid Perry, was also crowned Breakthrough Artist. The wins mark the first time in MusicRow Awards history that one act has walked away with all three honors.

In addition to underscoring the scope of the Band Perry’s rocket launch of a year, the awards also underline the growing strength of BMI’s country repertoire. A new generation of country songwriters is ready to soar, and they are overwhelmingly choosing BMI.

The MusicRow Awards are determined annually by the votes from the publication’s readers.

Song of the Year
“If I Die Young”
Written by Kimberly Perry
Published by Pearlfeather, Rio Bravo