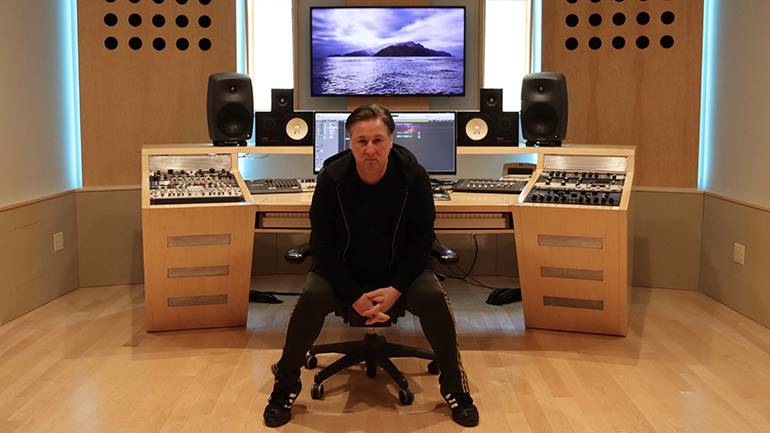 While the road to success in the entertainment industry rarely involves following a conventional route, composer John Murphy was never afraid to forge his own path. Born in Liverpool, Murphy played in punk, new wave and electronic bands in the ‘80s before scoring his first film in the early ‘90s. Since then, he’s collaborated with renowned directors including Danny Boyle, Matthew Vaughn, Guy Ritchie and Michael Mann.

Murphy has been based in Los Angeles since 2000, where he also composes music for television and commercials, including high-profile campaigns for Apple and Nike. His latest release is the highly anticipated “antihero” superhero movie, The Suicide Squad. Murphy shared what inspired him to work on this movie, what projects left a lasting influence on him, and why it’s important to always be yourself in the music industry.

The score you wrote for The Suicide Squad is different from the usual superhero movie score. What inspired you about this group of antiheroes?

It was a lot of things. And The Suicide Squad isn’t exactly your typical ‘superhero film.’ And, of course, these guys aren’t superheroes anyway—at least not yet. They’re the dregs of society and they don’t want to be there. They’re the bottom of the super-villain barrel and they’re disposable. Nobody loves these guys! The biggest inspiration came from the fact that they all have something unique about them that makes them redeemable.

But, because they have such a long way to go, it meant that we could introduce the score in a way that was as noxious and belligerent as they were—and then slowly open out the instrumentation, and the emotion, as their characters, and the story, developed. So, the shape of the score is unusual. It’s kind of a zig-zagging crescendo interspersed with stylized emotional moments that don’t appear thematically anywhere else. But The Suicide Squad is also the most “comic book” movie I’ve ever seen, so it’s incredibly dynamic. So, I was more concerned with driving the score forward with attitude, and emotion, and energy. We weren’t consciously trying to be different with the score. We just wanted to entertain.

You’re known for your edgy, hybrid, guitar-based style. How has it changed over the years, and what parts of it did you use and what parts did you change up in scoring this film?

I started off as a guitarist in a punk band, so my guitar style—even now—is kinda weird. But the cool thing about scoring The Suicide Squad, at least for the first section of the film, is I got to go back to my earliest roots, which was pounding away manically on one string. It was awesome.

But for the score as a whole I was looking for a thicker, more muscular guitar sound than I’d ever recorded before. So, I started to use multiple basses through lots of fuzz pedals for what would normally be the low and mid-range guitar parts. And then I would sit the dirty guitars on top of the basses for the higher range parts. And when it was sounding big enough, I would then fan out the tracked pairs across the stereo image until it became a big, beautiful wall of distortion.

One of the filthier guitar sounds on The Suicide Squad was actually just four distorted guitars but 13 fuzz basses. Not because it really needed it; I just wanted to hear what it would sound like.

Which of your many scores or projects has had the most lasting influence on you?

Probably 28 Days Later and Sunshine. 28 Days Later because it was the first film where I had the balls, and the freedom, to write the score that I could hear in my head. And that’s when I realized that I’m better at being me than trying to be something I’m not!

And Sunshine because it showed me that there are always new ways to score a genre film. Just because there are certain musical expectations in a genre it doesn’t mean you can just paddle in the pool that other composers have built. It can drive you crazy, but you gotta keep trying new ideas.

After having such an iconic track record in the music industry, what advice would you give composers just starting out?

The one thing I wish somebody had told me was … be yourself! Every composer has their own DNA, or their own way of doing things that feels truthful to them. Think of any great film composer—Morricone, Herrmann, Korngold—you can hear their DNA in everything they do. There’s always that twinkle that tells you it could only be them.

So, the best advice I could give to guys starting out would be, find what is that makes you unique. And explore it, play with it, and develop it. But do it with conviction. Because that is where you will find your deepest well.

Nothing! I’m happily chilling with my family and waiting for the Premier League to start up again!