Posted in MusicWorld on September 13, 2017 by Dave Simons 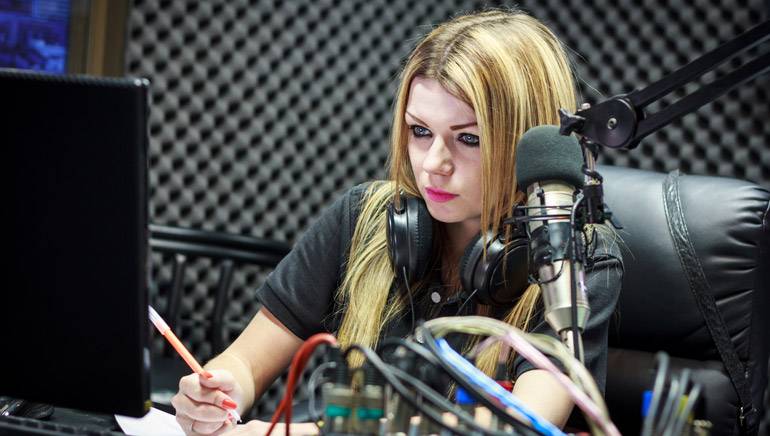 It’s a debate that has raged since the advent of multitracking: should a studio be seen as a workshop to craft new material on the spot, or, by contrast, do you wait until you have an inventory of fully fleshed-out song ideas? Actually, there are merits to both, and in this piece, we consider the studio as a songwriting tool—including stitching together random passages to form a working rhythm track—or, by contrast, having chord charts, lyrics, as well as potential accompaniment nailed down before it’s time to begin tracking.

While it may seem like an exercise in futility to some, over the years many artists have ensconced themselves in the studio without so much as a single concrete idea. Under the right circumstances, however, it’s a regimen that has often worked wonders. Such was the case with Talking Heads, who landed at Nassau’s Compass Point Studios in summer 1980, in the midst of a creative dry spell, yet emerged just months later with the acclaimed Remain in Light, an album comprised entirely of songs built from the ground up using carefully edited riffs and jams created spontaneously on the tracking room floor.

Indeed, the notion of working in fragments—or “modular” tracking as it is often called—can be highly appealing for those lacking the time to craft fully formed songs in advance. Deviating from his usual live-in-the-studio routine, in the mid-‘60s the Beach Boys’ Brian Wilson experimented by recording brief musical passages (or “feels” as he called them) which he later pieced together to form a completed backing track. The chart-topping “Good Vibrations,” comprised of five different song sections (recorded in five separate studios, no less), demonstrated the viability of Wilson’s approach.

Digital has made this kind of song surgery a snap for even us mere mortals. Armed with any basic editing utility (such as freeware Audacity, for instance), you can easily mix and match your own musical fragments to form a working rhythm track, using tools like clip trimming, click removal and leveling to make the welds less obvious. It’s a great way to make use of all those disparate song snippets you may have on file (in fact some of the most celebrated modular recordings are comprised of unrelated fragments in different keys, tempos, from different writers, etc.).

Sometimes just being on the premises when the inspiration hits is all it takes. While working on her 2012 album Red at LA’s Conway Studios, Taylor Swift divulged to co-writers/producers Max Martin and Johan Shellback that, contrary to rumors, she was “never ever getting back together” with her recently departed ex. Swift then picked up a guitar, and within a half hour cooked up the hook for the soon-to-be crossover smash.

For those who’d rather get down to business straight away, having at least a rough roadmap of a song prior to switching on the recorder is a reasonable starting point. The recently issued, much-praised remix of the Beatles’ epic Sgt. Pepper’s Lonely Hearts Club Band reveals that the world’s most-revered pop quartet entered EMI Studios having already rehearsed the album’s basic tracks, then subsequently added the aural detail that ultimately transformed the disparate songs into a thematic whole.

Then again, there are those who won’t go anywhere near a recorder without first having a completed, properly rehearsed and arranged piece of music in hand. Why? Well, one good reason: the more prepared one is upon entering the studio, the better the odds of emerging with a finished product sooner than later. The historical record bears this out: razor sharp from years of incessant touring, the Fab Four were able to knock out 12 songs for their 1963 UK debut album over a scant 12 hours (featuring instant classics like “I Saw Her Standing There” and “Twist and Shout”). While this kind of studio economy is in shorter supply nowadays, for many artists, preparation is still paramount. Unlike some bands that may take a month just to get a drum sound, Weezer blew through its eponymous 2001 comeback classic The Green Album in a matter of weeks, thanks in no small part to prolific frontman Rivers Cuomo, who’d penned over 100 songs in preparation for the band’s Cello Studios sessions.

Of course, there’s also an economic upside to prepping prior to recording, particularly when investing in pro-studio time. Do you really want to finish writing lyrics or devise a band arrangement while paying by the hour? Though many songwriters avoid making full-on demos prior to beginning a studio session (so as to save the good stuff for the master take), even a basic reference recording of the new material will allow you and bandmembers to spend less time futzing and more time tracking once the meter is running.