Posted in MusicWorld on May 20, 2008 by Kevin Zimmerman 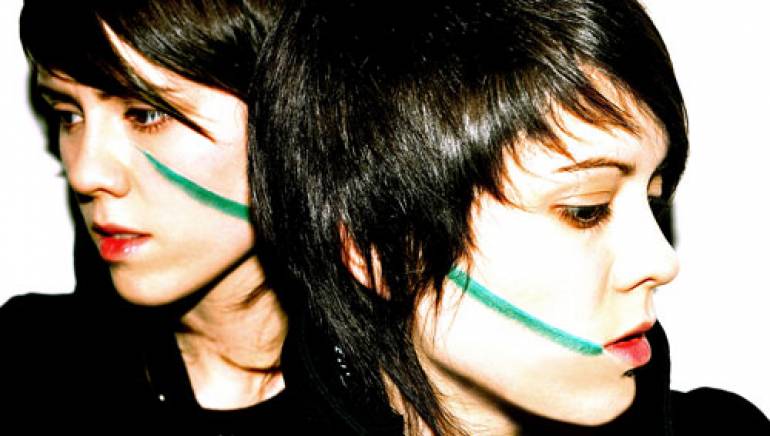 The Canadian duo Tegan & Sara reached an important milestone for any band this year: the tenth anniversary of their first recording, 1998’s Yellow Demo, a five-song cassette the twins distributed themselves.

Today, firmly ensconced as one of modern rock’s most cherished acts — Entertainment Weekly classified last year’s album The Con (Vapor/Sire) as “angsty, catchy pop” — the pair continues to tour incessantly, always keeping an eye on the business end of things.

“We’ve managed ourselves for years and I have a high comprehension for everything that’s involved in doing what we do,” reflects Tegan Quin, who, alongside her sister, writes all the group’s material. “I think that over the years we’ve definitely been of the school of artists that are very involved. I get cc’d on hundreds of emails everyday from my management and we approve everything; there’s nothing that doesn’t go through our business.”

The winsome tunes to be found on The Con found a readymade audience, as five songs from the pair’s previous album, 2005’s So Jealous (Vapor/Sanctuary), were heavily featured on ABC’s hit medical drama Grey’s Anatomy. It’s continued a stretch of impressive accomplishments, from being a key part of Sarah McLachlan’s Lilith Fair tours to playing this year’s Coachella and Bonnaroo festivals.

Tegan says she takes pains to eliminate personal pronouns from her lyrics. “I would never put someone’s name in, and I feel almost like by saying ‘she’ or ‘he’ I would be limiting the song,” she says. “If you keep it somewhat general, it’s very easy to relate it to other things.”

Looking ahead, Tegan says she’s into being a singer/songwriter for the long haul.

“It’s not like, ‘Oh I’ve been at this stupid job for so long I guess I’ll just stay,’” she says. “It’s more like, ‘I love this job and I’m not sure exactly what I could find to do that would inspire me more.”