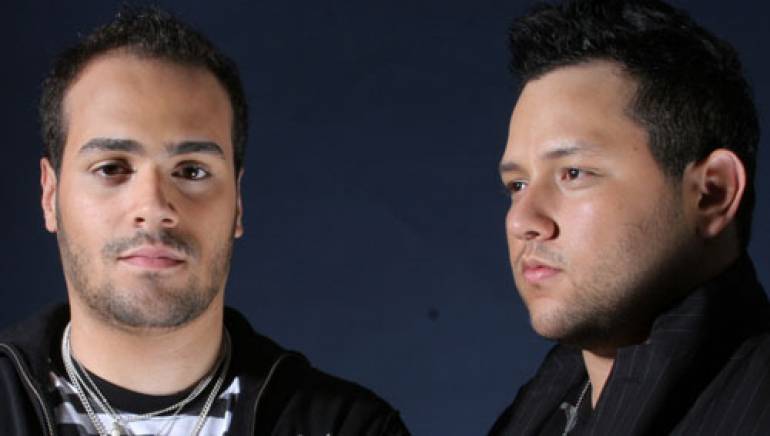 It is a well known fact that New York’s musical landscape is as diverse as the people living in it, and perhaps only truly experienced by those that spend their days picking up and dropping off passengers in the city’s yellow cabs. Traveling from neighborhood to neighborhood, the music that infiltrates through their windows constantly changes beat, changes rhythm, creating a unique blend of r&b, soul, salsa, rock, pop and hip-hop through each passing block. Weaving this experience into a poignant musical journey that fuses all of these styles together into song are two young Latino artisans, Pedro Cruz Montesino and Chris Hierro, a super duo appropriately called Taxi Amarillo (yellow cab).

More than a musical experience, Taxi Amarillo is also the vehicle that has brought together two incredible talents from opposite sides of the spectrum for the same ride. Born in the Dominican Republic, 23-year-old Pedro Cruz Montesino, better known as Cruzmonty, has gained fame as one of the country’s fastest rising pop stars. In 2002, after years of forming part of various musical acts such as On Stage, 5ynko and Código Postal, Cruzmonty decided to take the reigns of his career and step out as a soloist. By 2005, not only had the ambitious singer/songwriter released Yo Sabré Perder, his first solo venture, but he had also packed his bags and made his way to New York City, determined to make his mark on the scene, yet unaware of the new path his career was about to take.

While Cruzmonty captivated audiences with his soothing voice and expressive lyrics, it was 21-year-old Christopher Hierro’s writing and producing skills behind the scenes that made a powerful impression. As the son of famed merengue artist Henry Hierro (lead member of the legendary group La Gran Manzana) and singer Lucia Guzman, Chris is music royalty. The skills Chris developed while growing up and the musical circle he belonged to allowed him to write and produce for noted artists such as Los Toros Band and Andy Andy, and also sing back-up for Obie Bermudez and Jerry Rivera, but this talented artist wanted more. Determined to make an impact in his own right, Chris began doing his own showcases with his own music throughout many New York City venues.

It is at this point that fate had its hand in bringing Cruzmonty and Chris Hierro together. One night as Chris performed at Mirage, a popular nightclub in the Bronx, Cruzmonty sat with his manager in the audience completely taken away with what he heard and amazed at how much he could relate to Chris’ musical style. Within minutes, Cruzmonty’s manager arranged to get his artist onstage for a duo with Chris and what happened next was perfect musical chemistry. Once offstage, the two soon became inseparable, endlessly collaborating back and forth on lyrics and melodies over the next few months.

What bonds these two artists together are not only shared musical influences such as Sin Bandera, Boyz II Men and Stevie Wonder, but more importantly, the same passion for bringing forth true sentiment in music instead of following the manufactured formulas of today. “As a musician,” Chris notes, “I have concerns about music. Cruzmonty and I make music naturally, it’s our truth.”

And that truth is that two distinct artists can come together, bringing with them their individual prospective and style of music to form something much bigger. Together as Taxi Amarillo, Cruzmonty and Chris Hierro accomplish their goal of creating a journey of sound and sentiment by blending together into pop ballads their penchant for r&b, rock and Latin rhythms. “We are Taxi Amarillo,” says Chris, “two halves that have come together to take a ride to the same destination.”

“We’re about expressing ourselves and evoking emotion” adds Cruzmonty.

That sense of expression and ability to stir the soul is being honed into their self-titled debut album. Taxi Amarillo’s collaborative writing and production endeavor has borne fruit in the form of a 12-track journey that delivers truth and emotion.

With lyrics that will move you, voices that will elevate you and a style that will blow you away, one thing is for sure, you will never be the same once you go on a ride with Taxi Amarillo.