Posted in MusicWorld on March 7, 2011 by Russell Hall 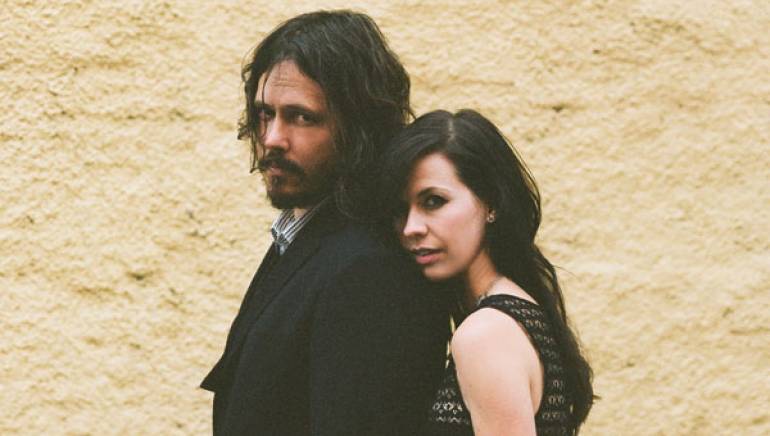 The Civil Wars will play BMI’s Acoustic Brunch during SXSW.

Sometimes there’s no accounting for great musical chemistry. Just ask Joy Williams and John Paul White, better-known to fans as the acclaimed duo, The Civil Wars. Despite their wildly disparate backgrounds – White boasts a southern-rock pedigree, while Williams hails from the contemporary Christian pop world – the duo’s intimate, roots-based material sounds like music they were born to make.

“I think our differences explain the type of music we do,” says White, who lives in Muscle Shoals, Alabama. “Joy pulls the ‘southern roots’ music I grew up with out of me, and I pull the harmony-based pop influences from her. The result is a strange alchemy, something we could never come up with on our own.”

Barton Hollow, the duo’s debut studio album, consolidates those influences in superb fashion. Centered on White’s plucked acoustic guitar, the songs soar gently on the strength of beautiful melodies, close vocal harmonies, and candlelit arrangements. The ballad “Poison & Wine,” which has racked up more than a half-million views on YouTube, is emblematic of the disc’s sublime elegance.

“Songwriting is a 50-50 collaboration for us,” says Williams, a northern California native who now lives in East Nashville. “We usually start out just chatting in my living room. Invariably John Paul will start noodling on the guitar, and something emerges from that that causes the conversation to stop. We chase the muse together.”

Because their on-stage rapport is so strong, fans often assume Williams and White are linked romantically, but in fact the two are happily married to other people. From a creative standpoint, Williams says that’s a good thing. “It allows us to say things in a song that we otherwise might not be able to say,” she explains. “Neither of us has to worry about having to sleep on the couch that night.”

White agrees, although he also half-jokingly likens the duo’s professional chemistry to that of Richard Burton and Elizabeth Taylor. As regards the duo’s success – Barton Hollow debuted at #12 on the Billboard Top 200 – White says the enormity of it all has yet to fully register. “You dream of something, and you see it in your mind’s eye, but after a while you believe it happens only for other people. It’s slowly sinking in.”