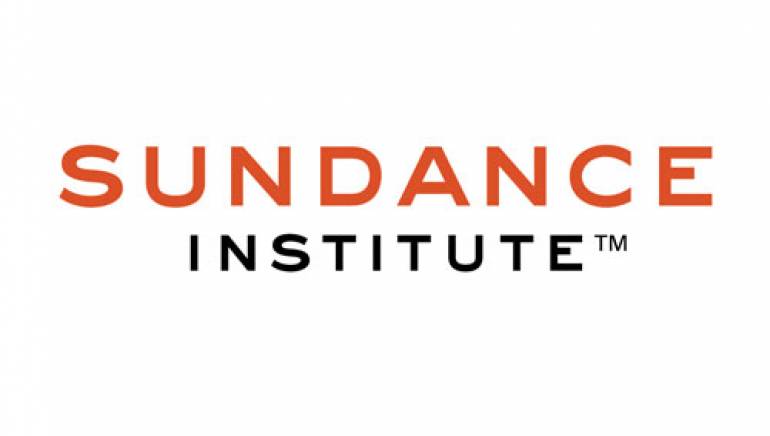 The Sundance Institute announced the six musicians selected as Fellows at its 2009 Composers Lab on July 15. The lab runs from July 15 - July 29 at the Sundance Resort in Utah. This year’s Composer’s Lab Fellows are Kim Carroll, Chanda Dancy, Magda Giannikou, Lili Haydn, Christopher Lord, and David Poe. The selected composers bring an eclectic range of talent to the two-week lab, which focuses on the process of writing music for film with the support and guidance of the industry’s leading film composers and film music professionals.

The Composers Lab is a major component of the Sundance Institute Film Music Program, dedicated to supporting emerging film composers and to enhancing the role of music in independent film. First offered from 1986-1989, the Composers Lab was re-introduced in the summer of 1998 to provide a collaborative and supportive environment in which composers experiment and expand their musical language. The Lab Fellows have a wide variety of experiences – some have never scored a film while others have composed quite a few scores for independent film.

“BMI is proud to have been a part of the Sundance Composers Lab since its inception,” said Doreen Ringer Ross, BMI Vice President, Film/TV Relations. “The work that occurs during the lab is a unique artist development forum for film music. It’s a vital program to the film music community.”

“During their time at the lab, we create a place where the composers can focus on stretching their unique musical voice,” said Peter Golub, Director, Sundance Institute Film Music Program. “By pairing composers with filmmakers, we initiate dialogue and explore the important role music plays in storytelling. We are thrilled that this year’s fellows bring diversity of backgrounds and of genres, and their time at the Lab will certainly be a time of exploration and growth.”

The Fellows for the 2009 Sundance Institute Composers Lab are:

Irish-born, Carroll has distinguished himself by taking an organic approach to film composing, using live instruments and employing discrete textured guitar. His credits include the thriller The Colony (Gold Medal winner at the 2008 Park City Film Music Festival); the dark comedy web series Hellholes; the 2009 Sundance Film Festival acclaimed film The Horse Boy (co-composed with Lili Haydn); and the documentary Survival of the Wildebeest. As a guitarist, he can be heard on the soundtracks of Gone Baby Gone, The Chronicles of Narnia, Veronica Guerin and others.

Dancy, a composer of music for film and video games including Arabian Lords and Code Orange, is a graduate of the University of Southern California Advanced Studies in Scoring for Film and Television. She is the winner of the 2002 BMI Fellowship in Film Scoring and the 2004 Associated Production Music/Young Musicians Foundation Music Business Fellowship. Dancy has had the opportunity to score several films including the critically acclaimed documentary What Are We Waiting For? and the award-winning feature Chandler Hall. Music by Chanda has been heard around the world at festivals such as Cannes Film Festival, L.A. Film Festival, Jackson Hole Film Festival, Sapporo Short Film Festival, and L.A. Asian Pacific Film Festival.

Born in Athens, Greece, Giannikou studied piano and musical theory at the National Conservancy of Greece and Nakas Jazz School. After working as an in-house arranger/producer for Legend Recordings’ children’s division, Giannikou attended Berklee College of Music, where she received the Georges Delerue Award for Achievement in Film Scoring. In addition to film composing, Giannikou has explored big band music, and she has performed as an accordionist and vocalist, including for her own band, Mellow Bellow.

As a graduate of UCLA and Berklee College of Music, Lord is the top-10 winner of the 8th Annual Young Film Composers Competition (Turner Classic Movies) and was chosen to participate in the mentorship program at the Society of Composers and Lyricists. Recent credits include At the Movies (ABC), Million Dollar Listing (Bravo), and the feature Blind Ambition. As an orchestrator, he has worked on numerous studio films, including Transformers 2VG, The Dark Knight, Hairspray, Evan Almighty, and The Mummy 3.

Originally from the Midwest, Poe was transplanted to Manhattan where he ran the soundboard for the legendary CBGB’s gallery before he signed onto Sony/Epic. A songwriter, producer and composer for film, theater, and dance, Poe has scored the films Chapter, Dare, Harvest and Little Spirit, created premiere musical works for Cedar Lake Contemporary Ballet and Pilobolus Dance Theatre, and released four albums and a live performance DVD. He has collaborated with numerous artists, including T-Bone Burnett, Regina Spektor and Duncan Sheik.

Founded by Robert Redford in 1981, Sundance Institute is a not-for-profit organization that fosters the development of original storytelling in film and theatre, and presents the annual Sundance Film Festival. Internationally recognized for its artistic development programs for directors, screenwriters, producers, film composers, playwrights and theatre artists, Sundance Institute has nurtured such projects as Angels in America, Spring Awakening, Boys Don’t Cry, Sin Nombre, Born into Brothels and Trouble the Water.