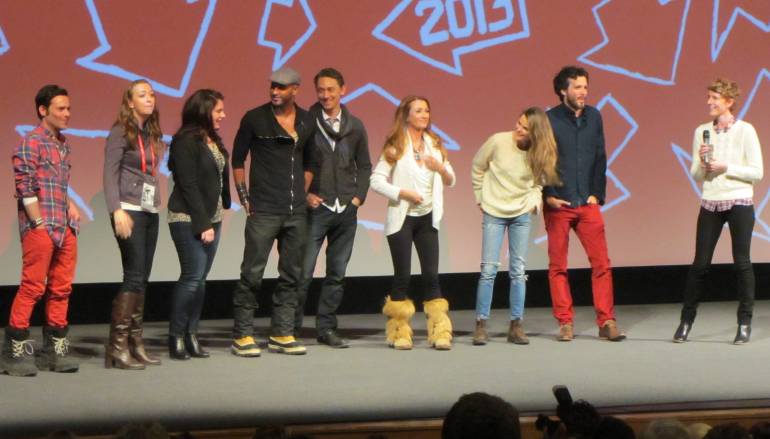 The cast of Austenland at Sundance 2013 Photo: Scott Holtzman

After missing a plane in London that resulted in staying the night in LA, I had to get up at 5am to finally arrive in Park City at 10:30am. Singer-songwriter Emmy the Great waited for me at the hotel and I immediately changed so we could run out the door to AUSTENLAND’s premiere. Despite the rush, we had to leave halfway through to head over to the party venue, where guitar amps and a PA were being delivered for Emmy and I to do a showcase of the songs in the film. It was a mad rush and I was pretty nervous because our audience was the film’s cast (including Keri Russell, Jennifer Coolidge, and Brett McKenzie), but it came together in the nick of time as these things always do. All in all, a very fun and memorable day.