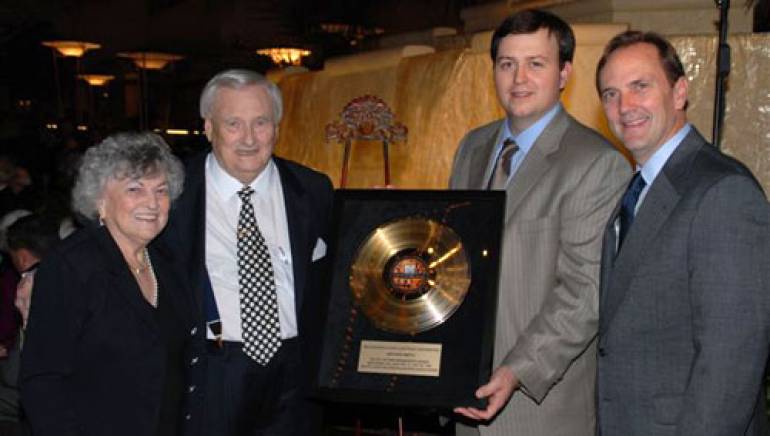 BMI Award-winning songwriter Arthur “Guitar Boogie” Smith received the Honorary Life Membership Award from the South Carolina Broadcasters Association at their annual Winter Convention held Jan. 12 in Columbia, S.C. BMI was on hand to present Smith with a Gold Record in recognition of his induction.

In addition to hosting nationally syndicated radio and televisions shows for over 30 years, Smith is an accomplished musician and songwriter. He has over 500 active copyrights including “Guitar Boogie,” which sold over three million copies, and BMI’s 1973 Song of the Year “Dueling Banjos,” which was the theme to the hit movie, Deliverance.