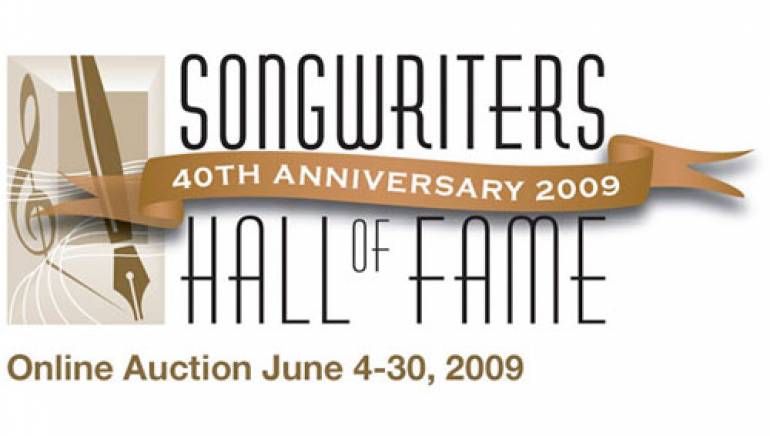 All proceeds will go towards the establishment of a permanent home for the Songwriters Hall of Fame museum in New York City, planned by both the Hall of Fame and National Academy of Popular Music. Bidding will end Tuesday, June 30.

To view all available items and to bid, click here.

For more information on the prospective museum, please click here.

For more information on the Songwriters Hall of Fame, please visit www.songhall.org.