Posted in MusicWorld on September 5, 2012 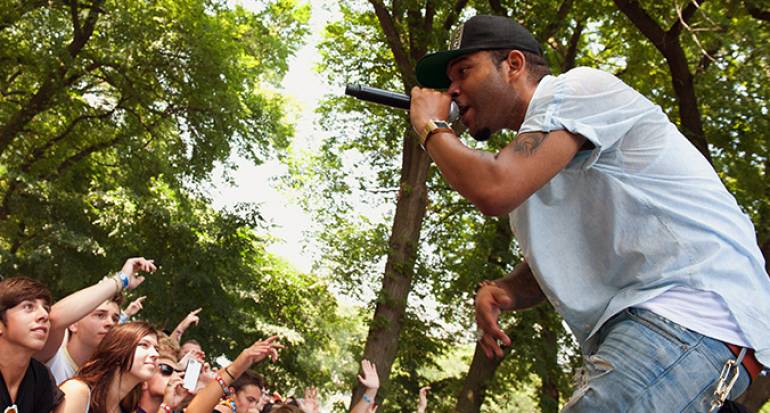 PHOTO: Chancellor Warhol performs on the BMI stage at Lollapalooza 2012 on August 4. Photo by Erika Goldring

Billboard.biz analyzes how Spotify’s first year compares to that of Pandora, Vevo, YouTube and others.

Grammy-winning BMI songwriter Marcus Hummon (Rascal Flatts’ “Bless the Broken Road,” Dixie Chicks’ “Take Me Away,” Tim McGraw’s “One of These Days”) writes a three-part series about his career for MusicRow: Part 1, Part 2 and Part 3.

Traditional music hubs L.A., New York and Nashville remain vital, but as Atlantic Cities reports, there are plenty of music scenes thriving in other regions throughout the country.

Smart Blog explains why more and more restaurants are relying on music branding.

Apple’s decision not to include the YouTube app in the next model of the iPhone affects music. Billboard.biz breaks down how.

According to a report reviewed by Rolling Stone, most music discovery still happens through terrestrial radio.

Fan Landers tackles how to handle the threat of a band breakup in her Village Voice column.

Scientists are measuring the ways in which the human brain responds to music. The Atlantic explains their findings to the rest of us.

USA Today jumps into the ongoing debate about free downloads.