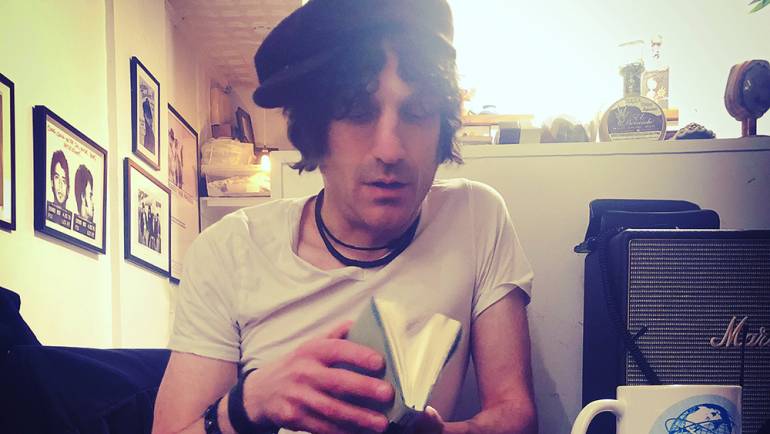 Jesse Malin is New York City to the bone. Born in Queens, Malin cut his musical teeth in the gestating punk scene of Manhattan’s Lower East Side. He helped spearhead the birth of the New York hardcore movement with his teenaged trio, Heart Attack, immortalized on the seminal ROIR compilation cassette in 1982, New York Thrash, alongside fellow pioneers like Kraut, Bad Brains and the Beastie Boys. In the 90’s, Malin formed D Generation, a notoriously volatile amalgam of punk, glam and garage rock that found him working with fabled producers like Tony Visconti and former Cars leader, the late Ric Ocasek, the latter producing D Gen’s celebrated album, No Lunch, a cantankerous collection of songs that kept New York on the map during the heydays of grunge and alternative rock.

After D Generation disbanded in 1999, Malin decided to switch gears. Stripping away the high-octane aesthetics, he pared down his sound and style to get in touch with his roots as a singer/songwriter, informed by classic, storytelling troubadours like Steve Earle and Tom Waits. While still influenced by the conviction and ethos of his punk rock origins, Malin launched a prolific solo career, releasing eight widely acclaimed studio albums and collaborating with everyone from Ryan Adams and Green Day’s Billy Joe Armstrong to Lucinda Williams and Bruce Springsteen.

Along the way, Malin has never lost his passion for keeping the spirit of New York City’s singular blend of punk alive, and he has remained a visible fixture in the East Village. Now, as Malin’s hometown contends with the COVID-19 pandemic, he’s staying active while sheltering in place. He recently started a new live stream, The Fine Art of Self Distancing, a weekly series from the songwriter’s own living room featuring live music, stories and fistfuls of punk-fueled motivation.

We reached out to Malin to see how he is making it all work at this difficult time. Here’s what he had to say.

How are you feeling at this stage?
It’s day to day, but today I feel strong and optimistic. The sun is shining, and I’m keeping the PMA (positive mental attitude) that we’ll get through this, and somehow gain something from it.

What’s helping you stay focused on your songwriting during this time? Are there any exercises you practice to keep in the creative mindset?
As Joe Strummer once said, “no input, no output.” I’ve been listening to records I’ve never heard for that first-time surprise inspiration, watching films I’ve seen before and never seen, reading, and working out a bit to keep the blood flowing for the adrenaline juices to kick the creativity up a bit. I also like free-forming in a stream of consciousness with the guitar. There’s been a lot of quiet, personal time with no distractions, and I’m trying to embrace it instead of hear it.

How is this experience forcing you to adapt? What online tools are you using, if any?
I have been using Zoom for conferences and interviews, and artist-to-artist conversations on We Are Hear, an outlet to bring artists and the audience together and support each other. I’ve been using YouTube through my iPhone and filming a weekly live stream with a small tripod in my living room. Raw and real, but it’s kept me focused.

What has been the most challenging aspect thus far?
Losing all my tour dates and the momentum that the band had playing live every night. Worrying about all of us getting by financially, trying to put that out of my head so I can be creative. Not seeing the people I love. Worrying about people I really care about staying healthy and living, and how this will affect everything going forward. But, hey, after the Spanish Flu of 1918, then came the roaring 20s.

What are you doing to blow off steam and/or realign?
Going out for walks, staying seven feet away (a Joey Ramone’s full body length) from others. Getting some sun, listening to music in my headphones. Doing pushups. Cooking. Talking on the phone with people I haven’t spoken to in so long because of our busy lives. That connection of love has been much needed.

What songs are keeping you inspired at this time? What is your musical comfort food?
“What the World Needs Now” by Jackie DeShannon, written by Burt Bacharach and Hal David. “Murder Most Foul” by Bob Dylan, just because it speaks of a previous dark time and helps me know we’ll get through this one. My musical comfort food is early Elton John, Sam Cooke, Billy Joel and The National.

What is the one thing you are most looking forward to doing when this is over?
Getting on stage with the band. Dancing on top of a bar with a beer in my hand at a random tavern. Seeing people face to face, laughing and happy. Bungee jumping over a mosh pit into a pool of pickle juice, wearing a silver speedo and a Tiger King eyebrow piercing.

What are you currently working on?
I’m working on ideas for, believe it or not, a book on my life, as well as finishing up a new record, a follow up to Sunset Kids. Shooting some home videos for a new single that comes out early spring. Learning how to work a DVD player and an electric toothbrush.

What advice would you share with your fellow songwriters for getting through this?
Keep a pen and paper handy, watch movies, read books. Write down ideas, sit down in the morning or late at night, before you turn on the phone or computer, and pour stuff out for an hour or two. Listen to it later and see what you got, sit down and finish it up, and move on. Know that there will be people ready to listen to all of this once this passes, and you’ll have had an opportunity for more uninterrupted time than usual, so try to take it.

In your opinion, what is the songwriter’s role during troubled times like these?
To entertain, to give us faith and hope, let people know that they are not alone, that we are going through the same things, even from a distance. Take people away from their pain, even for three minutes. Make them smile, move, and feel alive.