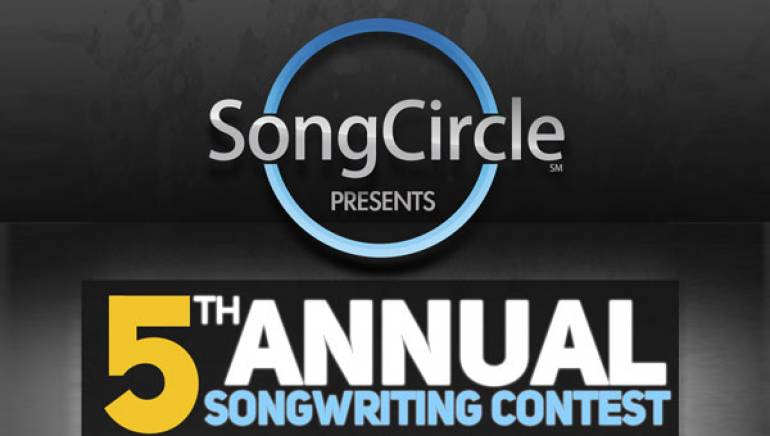 The grand prize winner will be offered a recording, publishing and full-label services joint-venture agreement with SongCircle Music distributed by EMI; $10,000; a Gibson “Songwriter Deluxe” guitar; a slot in one of SongCircle Music’s industry showcases; a performance on New York City’s Q104.3 “Out of the Box” show with DJ Jonathan Clarke; and a 10-hour recording session with Grammy-winning producer Glenn Barrett.

Capturing second place will result in a prize package that includes $3,000; a Martin LX guitar; and a slot in one of SongCircle Music’s industry showcases.

The third place winner will receive $1,500 and a slot in one of SongCircle Music’s industry showcases. Additional awards include the International Winner, who will receive $1,000 and Gibson “Songwriter Deluxe” guitar, as well as the Young Person Award, which will entitle the winner to $1,000; a recording session with producer Steve Greenwell; and rock camp sessions at the Gowanus Music Club in Brooklyn.

Finalists will be notified by November 5, when they will be invited to perform live before the panel of judges as part of the finals event, slated for November 18 and 19 in New York City. BMI is a proud sponsor of the 2010 SongCircle Music Songwriting Contest.

You must be a member of SongCircle Music to enter. Join now, and submit before the October 31 deadline.

Read the contest guidelines and find out more at SongCircleMusic.com.