Posted in MusicWorld on June 1, 2012 by Kathy Iandoli 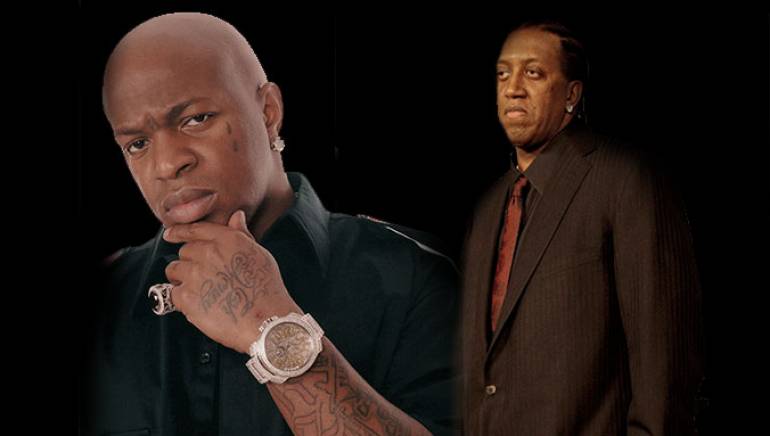 The DIY mantra that’s permeating hip-hop culture as of late is far from new. Back in the early ’90s, Master P started a whole record label known as No Limit Records from the trunk of his car. Around the same time, two brothers, Ronald “Slim” Williams and Bryan “Baby” Williams, followed suit in New Orleans with Cash Money Records. Over two de-cades later, the label is still standing, and one of hip-hop’s musical powerhouses.

Cash Money traveled through a whole roster of artists throughout their tenure in rap, with their current one being the most lucrative. Acts like Juvenile, B.G., and the Hot Boys kicked off the fame movement, but a young man named Lil Wayne (originally a member of the Hot Boys) carried the torch. At just 13 years old, Wayne Carter was waving the Cash Money flag, only to godfather Young Money years later. The irony of it all was that during Cash Money’s earliest heydays, their motto embodied exaggerating a lucrative lifestyle on a working class budget. The group Big Tymers (composed of Baby and in-house producer Mannie Fresh) bragged on their hit single “Stay Fly”: “Can’t pay my rent, ‘cause all my money’s spent/But that’s ok, ‘cause I’m still fly.” The label trucked on for another decade, surviving the collapse of most independent labels at the start of the new millennium. A distribution deal from Universal put some money in everyone’s pockets, but by 2008, everything changed.

There’s a reason why Lil Wayne won both the 2009 and 2010 BMI Urban Songwriter of the Year Award. When he released his sixth solo album, Tha Carter III, he threw his best bars to the wall. A solid 13-year work ethic led to Weezy’s opus, selling a staggering one million copies in its first week. It wasn’t just a successful album; it was a call to action. One year prior, Lil Wayne stepped down as President of Cash Money’s imprint label Young Money Entertainment (Lil Wayne was the co-founder), passing the baton to Cortez Bryant (who later turned it over to Wayne’s childhood friend, Mack Maine). Drake inked a deal with Young Money in 2009, along with Nicki Minaj. As Lil Wayne was serving an eight-month prison sentence, the two rose to stardom as the King and Queen of Young Money. Standing at the helm of it all, though? Slim and Baby.

“I rep Young Money, you know, Slim? Baby?” Nicki Minaj proudly name drops on the Trey Songz track “Bottoms Up.” Lil Wayne might be the face of it all, but Slim and Baby are the brains behind the operation. Forbes Magazine named Baby one of hip-hop’s wealthiest last year. His name is even on watch for being the first hip-hop artist/entrepreneur to break the billion-dollar mark, alongside Diddy, Jay-Z, Dr. Dre and 50 Cent.

The acronym the crew goes by these days is YMCMB (Young Money Cash Money Billionaires). While Lil Wayne, Drake, and Nicki Minaj steer the record sales ship, additions including Busta Rhymes, DJ Khaled and now Limp Bizkit continue to usher along the success of the 20-year-old movement. It’s often difficult to fathom the colossal success stories that envelope the hip-hop culture. By winning the respect and local love from their New Orleans stomping grounds, Slim and Baby turned their passion project into a global brand. How’s that for big timers?