Posted in MusicWorld on August 27, 2014 by Ellen Mallernee Barnes 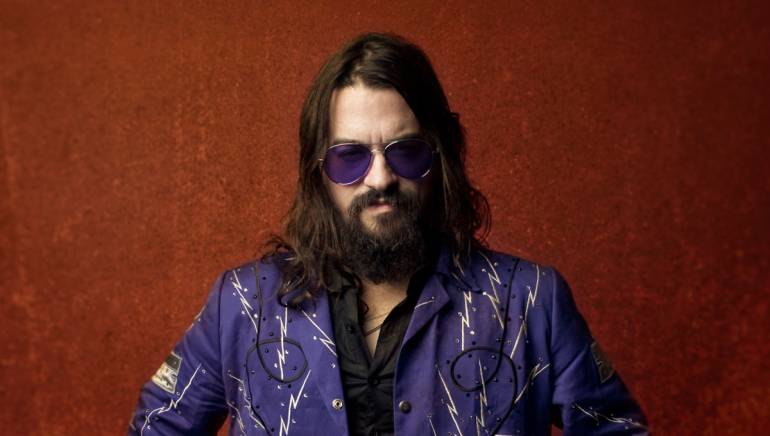 Paying homage to the late George Jones comes easily to Shooter Jennings, who as a child became friends with George through his parents, BMI legends Waylon Jennings and Jessi Colter, who had a close friendship with “the Possum.” Shooter remembers vividly when Jones invited him to his tour bus, cut through his crowd of admirers and swept the young boy into his arms. Jennings’ most recent release, the Don’t Wait Up (for George) EP, released Aug. 5 on his own Black Country Rock (BCR) label, is an experimental five-song tribute to Jones that includes two Jennings originals and three Jones covers, including “The Door,” an atmospheric Giorgio Moroder-inspired take on the classic country song, which Jennings calls “probably my favorite tune I’ve recorded.”

The covers served as an emotional reprieve for Jennings, who says, “At the time I was going through a lot of s— personally, and I wasn’t in a place where I wanted to write anything.” The two original songs on the album were, in fact, recorded about a year before Jones’ death, when a fraudulent producer solicited Jennings to contribute to what he said was Jones’ last album. After he wrote the songs, Jennings never heard from the man again, but the EP they ended up on is something he speaks of with pride. “I sent it to Nancy, [George’s] widow, when I got done with it, and she really loved it and said that George would have been really proud.”

This was not Jennings’ first time to evoke Jones in his work: When assembling his debut solo album in 2005, three years after the death of his father Waylon, it was Jones who he cheers’d to in the chorus of his lead single, the well-received road anthem “Fourth of July,” proclaiming, “Couldn’t take no more of that rock ’n’ roll / So we put on a little George Jones and just sang along.” It was a song and a sound that signified Jennings’ transition from band member to solo artist, from LA rock to his Nashville roots, so it was important, but Jennings says that asking Jones (then in his 70s), to contribute vocals to the song was, in retrospect, more than a little bold. “For me to ask the greatest voice of all time to sing on my first record was kind of naïve of me, but he was just really happy to hear from me and jumped to help, and it was really special,” says Jennings, whose easy dynamic with Jones is captured at the very end of “Fourth of July,” when Jones is heard asking, in jest, “When we goin’ get paid for this, you reckon?”

By paying tribute to Jones, Jennings tips a hat, too, to his beloved late father, who famously said, “If we all could sound like we wanted to, we’d all sound like George Jones.”

George Jones was a BMI member his entire career. This record is not to be missed.