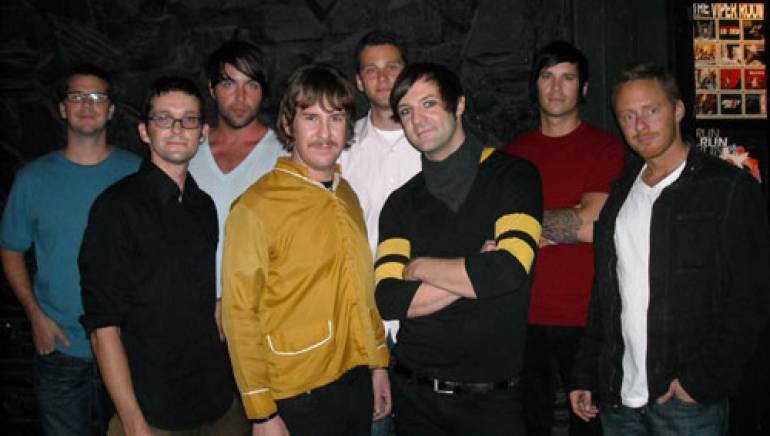 BMI hosted RUN RUN RUN at the September 3 edition of BMI’s Pick of the Month series. The highly anticipated and well attended show at the Viper Room featured the stylish, high-energy quartet delivering their infectious blend of pop/rock in the perfect Hollywood setting.

RUN RUN RUN has spent the past year crisscrossing North America four times in support of their independently released Good Company EP. The group’s rigorous touring has included stops at SXSW, CMJ and Canadian Music Week; shows with the Strokes, Psychedelic Furs, My Chemical Romance and Ween; and headlining gigs in more than 40 markets. Their frenetic indie sound and hypnotic lo-fi light show continually turn heads, including Billboard, which staged a showcase for the band in 2005. Their album, Good Company, was recorded with U.K. hit-maker Noah Shain and mentored by legendary front-man Steve Perry. Gearing up for more gigs this fall, including a spot at the Next Big Nashville music conference, RUN RUN RUN is diligently writing and planning their next full-length project, aiming for a release in 2009. www.myspace.com/runrunrun

BMI’s Pick of the Month is a monthly showcase series focusing on a hand-picked band or artist. The show aims to further introduce auspicious performers to both the music industry and public through a top quality venue and discounted admission. Past BMI Pick of the Month artists include Macy Gray, Counting Crows and The Feeling.