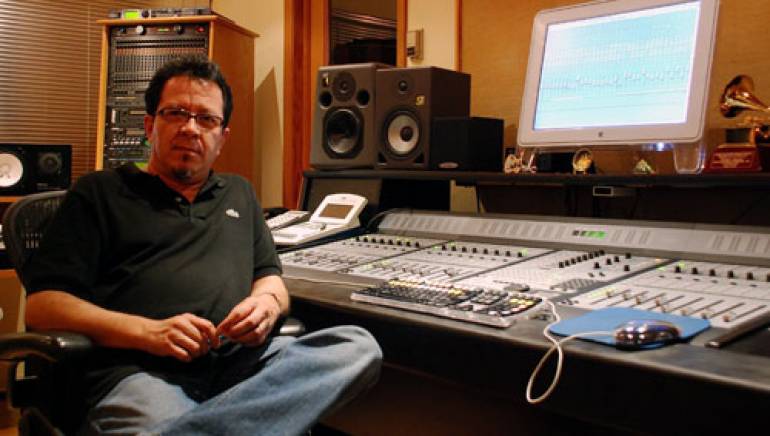 “I like to discover new acts and produce from scratch,” notes Rodolfo Castillo. One of modern Latin music’s most successful producers, songwriters and publishers, the Grammy-award winning Castillo is respected for his ability to find, develop and break emerging artists and talent. His company, Talent Beach Music (formed with partner Gregory Elias) extends across a variety of styles, from nuevo flamenco to Latin rock, salsa to hip-hop. “When we started three years ago, my intention was to have a company that did more than one thing,” Castillo explains.

“I moved to Miami 23 years ago,” notes the Guatemalan-born Castillo as he observes the diversity of styles in his adopted hometown. “Caribbean music and culture are very different. Tropical music came from Colombia, Puerto Rico, Santa Domingo, Miami, Venezuela and beyond.” Castillo also maintains close ties to independent film and television supervisors. “Whenever they’re looking for Latin or Caribbean sounds, they always come to Miami. We have all of the flavors.”

Castillo is involved in all aspects of the artists he represents, especially song selection. “Every day I think how to market music to be fair with people – what are the best scenarios for writers and the music industry. Quality is my main concern.”