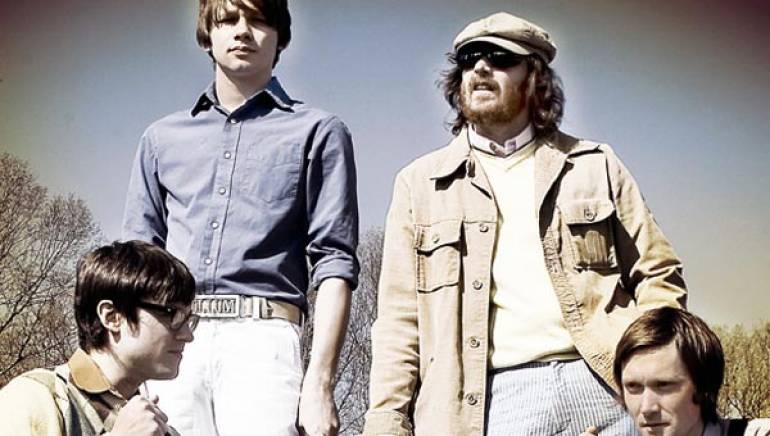 Music City’s pop-rock scene is flourishing, buoyed by high-profile resident and ordained rock beacon Jack White, the success of bands including Kings of Leon, Paramore, and American Bang, and a thriving pop scene led by Ben Folds and indie coalition Ten Out of Tenn. Not surprisingly, a recent study reported by The Atlantic revealed that a higher concentration of musicians work and reside in Nashville than either Los Angeles or New York City. Ultimately, in addition to promoting Nashville’s next crop of fresh faces, The Road to Bonnaroo competition celebrates the city’s indie homegrown and transplanted indie sounds—and thrusts the freshest faces, ready for their close-ups, out of the roost.

All three of these auspicious but sonically distinct Nashville bands recently earned coveted career boosts: They will all perform at the 2009 Bonnaroo Music and Arts Festival.

In a series of contests co-sponsored by BMI, Bud Select, and venue partner, Mercy Lounge, The Features, The Protomen, and Heypenny earned slots at the 2009 Bonnaroo Music and Arts Festival. Dubbed “The Road to Bonnaroo,” the competition took place over the course of three 8 off 8th shows—March 23, April 20 and May 18— at Nashville hot-spot The Mercy Lounge. As the live-action litmus test, eight bands performed three-song sets during each installment of the series. To select the evening’s top contender, an industry panel comprising local music journalists, bloggers, and 8 off 8th hosts contributed one half of the verdict, while fan-voting through onsite ballots determined the other half.

BMI’s involvement underscores the organization’s vital role as an early career counselor and support system for aspiring songwriters and bands. As an initial point of contact for green artists, BMI serves as a fundamental bridge, connecting promising talent with industry decision-makers, as well as invaluable opportunities, including performance slots on stages at SXSW, the Austin City Limits Music Festival, Lollapalooza, and of course, the Bonnaroo Music and Arts Festival.

About Bonnaroo
The Bonnaroo Music and Arts Festival is a four-day, multi-stage camping festival held on a beautiful 700-acre farm in Manchester, Tennessee every June. Bonnaroo brings together some of the best performers in rock and roll, along with dozens of artists in complementary styles such as jazz, Americana, hip-hop, electronica, and just about any contemporary music you can think of. In addition to dozens of epic performances, the festival’s 100-acre entertainment village buzzes around the clock with attractions and activities including a classic arcade, on-site cinema, silent disco, comedy club, theater performers, a beer festival, and a music technology village. For its peaceful vibe, near-flawless logistics, and unrivaled entertainment options, Rolling Stone magazine named this revolutionary entertainment experience one of the 50 moments that changed the history of rock and roll. www.bonnaroo.com