Posted in MusicWorld on January 13, 2011 by Bruce Britt 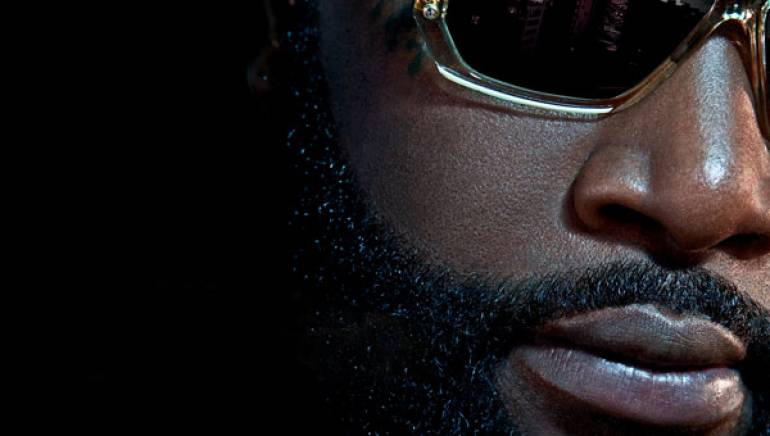 Some decades ago, Miami was popularly known as a tranquil tourist city with an abundance of wealthy retirees and ultra-chic shops. But after a series of sociopolitical upheavals rocked the ritzy port town, Miami found itself transformed into a bustling symbol of seductive nightlife and fast-paced underworld culture.

Enter Rick Ross. The formidable rapper, writer and mogul has parlayed his Florida hometown into a heavyweight music career of his own. Ross singles including “Hustlin’,” “The Boss” and “Magnificent” are inner-city desperado fantasies set to sinister rap beats, with Ross and his crew cast as self-styled gangsta masterminds. Much like the 1983 mob classic Scarface and the pioneering TV drama Miami Vice, Ross has become a vital part of Miami folklore, a man who scaled the pop charts by detailing the most thrilling aspects of his famous hometown.

As befitting Ross’ larger-than-life image, Teflon Don has received outsized critical praise. According to the New York Times, the album establishes Ross as “one of rap’s most potent and creative forces.” The Washington Post described the release as Ross’ “slimmest and also strongest” album. “(Ross’) goals remain the same: acquire wealth, explain wealth,” the Post wrote, “but his word choice and onomatopoetic gestures…are unmatched in rap right now.”

Yet listeners who dig deep into Ross’ latest rhymes will find fleeting moments of unabashed vulnerability. Like Tupac and Notorious B.I.G. before him, Ross seems to understand that it takes a tender man to make a tough rapper. Perhaps no song in the Ross repertoire demonstrates this better than the 2010 track “All the Money in the World.” A tune about losing sight of what really matters, Ross raps about missing his late dad: “Passed in ‘99 cancer all in his liver / I’d never rap again if I could tell him that I miss him / cryin’ in my mansion as I’m holdin’ on his picture.”

Born William Roberts II and raised in the impoverished Miami suburb of Carol City, Ross took his name from the notorious Los Angeles drug kingpin “Freeway” Rick Ross. Proceeding to methodically put Miami on the international hip-hop map, Ross launched his career in the 1990s, performing with the local rap group Carol City Cartel. During his rise, the rapper enjoyed brief stints on such indie labels as Suave House and Slip-N-Side Records.

Ross’ Def Jam debut Port Of Miami shot to #1 on the pop and r&b charts. Fueled by its distinctive “everyday I’m hustlin’” refrain, “Hustlin’” became the first ringtone ever to be certified platinum by the RIAA for sales of 1 million copies before the associated album had even been released. In no uncertain terms, Ross had arrived.

Now, four years later, Ross oversees his own recording label, Mayback Music, and there’s no disputing the fact that Rick Ross looms as the master of his Miami-based universe. Yet despite his success, the burly rapper continues to humbly acknowledge his debt to his fans. “You never get too big for the people that put you in power,” Ross recently told radio deejay TT Torrez. “We’re still doing the same things that got us here.”