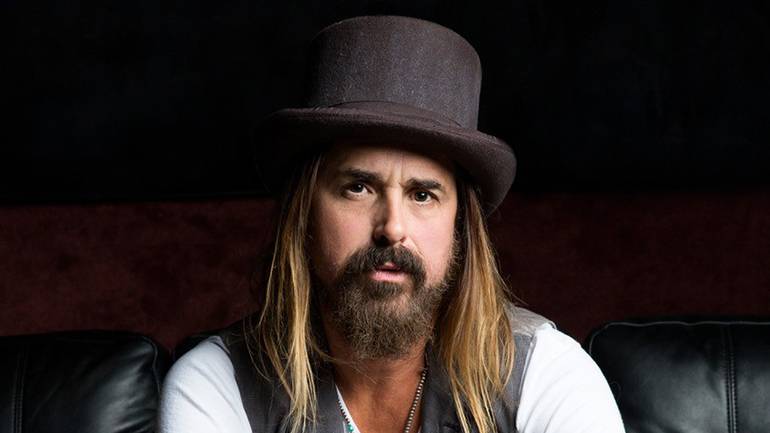 Since even before getting started in music in the mid-80’s, Los Angeles native Marti Frederiksen has been driven by a love of making music and an innate restlessness. Specializing in straight-ahead rock, Frederiksen cut his teeth playing drums in bands, finding his creative voice and realizing an inner knack for how things should sound. After years in the trenches with different Los Angeles-based outfits, he carved out a niche as a collaborative songwriter and producer. This is where things started to take off for him.

After initial success co-writing and producing for the Southern rockers in Brother Cane, yielding two #1 songs on the Billboard Mainstream Rock charts, Frederiksen landed the dream opportunity of working with legendary American rock institution, Aerosmith — a collaboration that forged the juggernaut single “Jaded” in late 2000 and paved the way for further massive opportunities. On the back of his alliance with Aerosmith, Frederiksen has gone on to work with a roster of music creators that reads like the contents of beloved jukebox, including luminaries like Ozzy Osbourne, Daughtry, Motley Crue, Def Leppard, Mick Jagger, The Scorpions, Jeff Healy, Meat Loaf, Richie Sambora, Ace Frehley, Sheryl Crow, Foreigner, Vince Neil, The Struts, Gavin Rossdale, Fuel, Bo Bice and countless others. Handily demonstrating his prowess beyond being an unfiltered rocker, Frederiksen has also written and produced for country acts like Carrie Underwood and Faith Hill, as well as pop artists like Clay Aiken and Katherine McPhee. He’s won multiple BMI awards, an Ivor Novello award, and — true to his restless spirit — is always working on something new.

With this in mind, BMI checked in on Marti Frederiksen to see how he is handling the current climate and sheltering in place. Here’s what the man had to say.

How are you feeling at this stage?
I’m doing okay.  Everything is pretty much the same for me. I have a home studio so business as usual, other than being able to record in the same room with other people. It has been a little tough getting inspired, but I’m getting by.

The list of artists you’ve collaborated with is a veritable who’s-who across multiple genres. Give your work in pop, country & rock, is there are particular comfort zone for you?
Yes, definitely rock… with real instruments.

What’s the secret to a successful collaboration, to your mind?
Having fun and working with people you like and know really well. I like re-occurring writes without the “first date” process.

Is there one artist or songwriter you’re aspiring to work with?
My dream would be to work with Mike Campbell and write a Heartbreakers record.

What’s helping you stay focused on your songwriting during this time?
Having a home studio is a big motivator.

Are there any exercises you practice to keep in the creative mindset?
Yeah, I’ve been listening to great classic songs that I love to get inspiration.

How is this experience forcing you to adapt? What online tools are you using, if any?
Zoom like everyone else and for file sharing I just use Google Drive.

What are you doing to blow off steam and/or realign?
Taking long walks and doing yoga. I have a heated pool at my house so taking an afternoon swim and getting some sun helps after working on music in the studio all day.

What songs are keeping you inspired at this time? What is your musical comfort food?
I’ve been listening to and even re-recording some of my favorites at home. I’ve sung and produced covers on Elton John’s “Rocket Man,” U2’s “One,” Bill Withers “Lean On Me” and Tom Petty’s “Wildflowers,” so far.

If you are at liberty to say, what are projects are you currently working on?
I’m in the middle of writing and co-producing a new Daughtry record, just finishing Jamie Kent’s record, finishing up mixes on an album I co-wrote and produced for artist/guitarist, Orianthi, and doing some remote recording with the band I’m in, The Loving Mary Band.

What is the one thing you are most looking forward to doing when this is over?
Being able to hang with my friends and family again, and performing live.

What advice would you share with your fellow songwriters for getting through this?
Try to think outside of our reality and get a little dreamy. Every song doesn’t need to be about our situation right now. By the time we get out of this, there will need to be variation and we won’t want to go back to thinking about isolating.

In your opinion, what is the songwriter’s role during troubled times like these?
Fortunately we can all continue to work, so being grateful is important for us all.

What role has BMI played in your journey thus far?
I’ve gotten calls from several different people in the Nashville office just to say hi and check in on me. It’s so cool that they care that much. Clay Bradley is back at BMI and he’s always so supportive and excited about everything I’m working on.