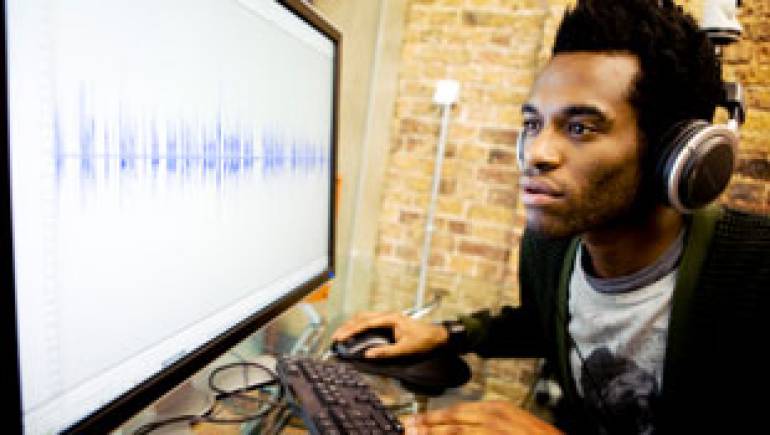 Recording software continues to evolve, packing increasingly potent features like amp modeling and drum looping into amazingly affordable programs for PC, Mac or both. Higher-end applications typically offer audio bit/sampling of up to 24-bit/384kHz, diversified audio import/export functions, a wide range of plug-in options, the ability to easily sync audio with video, and other essentials. However, if you just want to be able to track and embellish song ideas in simplified form on your laptop, you can often get away with spending a whole lot less.

While the average new PC or Mac has more then enough processing speed and installed memory to handle most popular recording applications, you’ll want to make sure that your current computer is up to the task (particularly if it’s been around for a while). For example, the suggested system requirements for Cakewalk’s SONAR 8.5 Producer program include at least 1GB of RAM coupled with an Intel Pentium 4 2.8 GHz or AMD Athlon XP 2800+ or higher processor. Other augmentations such as a good sound card, a physical mix surface and an external audio interface capable of handling multiple inputs/outputs are worth considering as well.

The following is a list of some of the latest wares from long-time industry leaders, ranging from the ultra-basic (and occasionally free), to more sophisticated applications sturdy enough to handle pro-level production chores. As you will see, even top-shelf brands like Ableton and Cakewalk offer budget alternatives, a sign of the increasingly intense competition at the lower end of the chain.

Cakewalk SONAR 8.5 Producer ($500): Cakewalk’s latest provides professional-grade digital-audio composing/editing/recording/mixing/mastering, along with a full compliment of virtual instruments and can be easily linked to a physical mix interface. Sonar’s “Track Template” feature, which allows users to select from a list of pre-determined sonic palates, gets you up and running that much faster; the Native Instruments Guitar Rig 3 LE plug-in supports scores of classic tones. Bit/sample ratios of up to 24-bit/384kHz ensure the highest-quality sound reproduction; the pro-level editing suite supports group editing and other essential functions. Get started on the cheap with Cakewalk Sonar Home Studio 7 ($50), a no-frills package that offers an impressive assortment of tracking and production options for PC users. (OS: Windows; Producer can be run on Mac OS X using Boot Camp)

Ableton Live 8 ($500): Though geared toward the mobile user, this popular sequencing software/DAW package works equally well at home as a recording and compositional tool. The latest incarnation, Live 8 (issued in mid-2009), comes with a packed menu of recording and editing tools, and includes an array of impressive effects, loops, sequencers and other functions suitable for both traditional and techno types. A new Drum Rack installation provides a multitude of rhythms in a pinch, and its easy-to-understand user interface is designed for worry-free live automation. Ableton’s entry-level product, Live Intro ($100) offers multitrack recording/editing/mixing with extras such as beat-making and effects processing. (OS: Windows and Mac)

Sony Acid Pro 7 ($250): Another mainstay on the DAW software market, Sony ACID Pro has been around since the late ’90s when it made its debut as a loop-based sequencer and subsequently gained favor among producers and songwriters. The latest release, Version 7, comes with a beefier multitrack recording facility, MIDI sequencing and surround-sound mixing, as well as improved loop-based tracking functionality. Other augmentations include additional input busses, expanded import/export options and spiffier beatmapping. A free 10-track version, ACID Xpress, is also available, as is the budget-level ACID Music Studio 7 ($50). (OS: Windows)