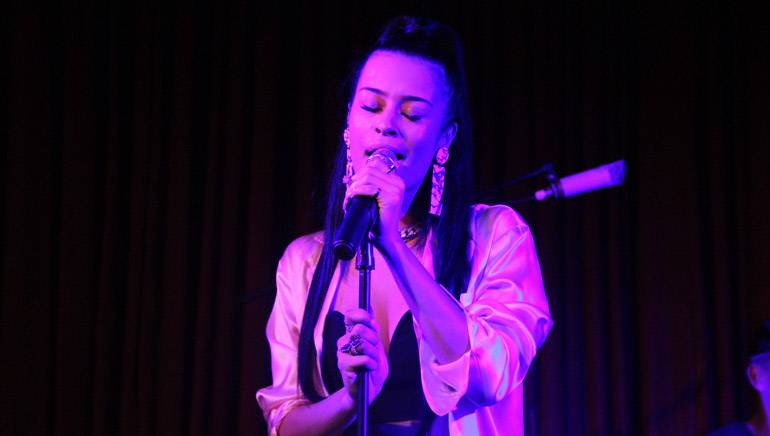 BMI held the February installment of its “Pick of the Month” series on February 20, 2015, at Hotel Café in Los Angeles. This month’s event featured a performance by London’s own Rainy Milo, who performed a variety of sultry selections that delighted the audience.

BMI’s “Pick of the Month” is a monthly showcase highlighting a fierce new band or solo artist. Designed to elevate performers already poised for breakthrough careers, the series further introduces auspicious up-and-comers to both the industry and general public in a top-tier Los Angeles venue. Past BMI “Picks” included Lady Gaga, Macy Gray, Edward Sharpe and The Magnetic Zeros and 3oh!3.