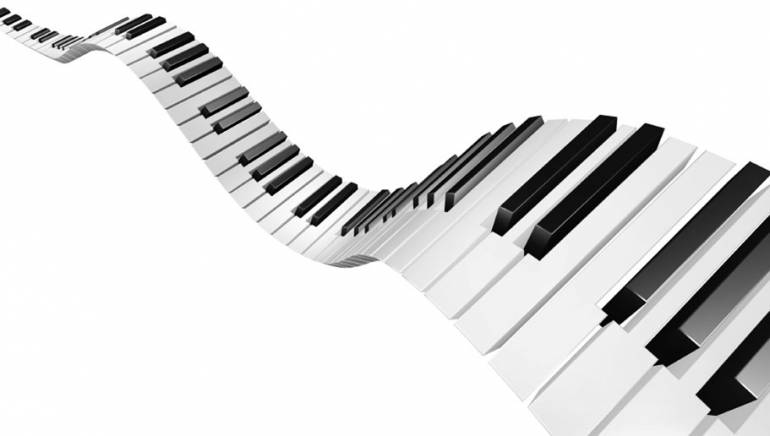 When it came time to outfit my studio with a new piano a few years back, I headed straight for a real set of 88s. Unfortunately, once I figured out what it would cost to own a decent upright — including the regular tuning regimen and other basic maintenance — I abruptly changed course and wound up with a Yamaha YDP-323, a very solid “low-upright” style digital piano with weighted key action that, while fake, replicates the sound and feel of the real thing quite nicely (and quite cheaply, too, at around $800 used).

While it may not pass muster with a classical maestro, for basic studio-keyboard accompaniment the Yamaha gets the job done. And along the way, I learned a few recording techniques that have helped make the instrument sound more like a plausible piano, rather than a rank substitute.

Like most digital keyboards at this end of the spectrum, the Yamaha offers both midi and ¼″-analog direct-output capability for patching into a recording system. Though highly convenient, going direct tends to make the otherwise subtle imperfections of the digital signal (such as sampling decay and other electronic noise) much more noticeable, particularly when placed high in the mix.

To avoid these issues, I chose to record my clone piano as if it were a real piano — that is, using real microphones. Standard low-upright style digital pianos such as the Yamaha are equipped with a pair of stereo speakers located on the underside of the cabinet. I place a set of condenser mics, one on each side, about 5-6 inches away from the speakers, far enough to get some breathing room while still avoiding pedal squeaks and other mechanical noises. While digital-piano speakers admittedly aren’t the best quality, I find that the condenser mics help thicken up the overall tone.

If you’d like a more ambient piano sound, you could put up an additional microphone farther back in the room; or, if yours is a standalone-style digital keyboard, connect the piano to an instrument amplifier or powered speaker, then place the microphones according to taste (perhaps one close to the speaker, and another one several feet away).

Though digital keyboards are easy to use and relatively maintenance-free, sometimes you can’t beat the tone and timbre of a real set of (well-tuned) 88s. If you’re lucky enough to have access to a decent acoustic piano, here’s a universally accepted close-miking set-up:

Open the lid and place a pair of microphones suspended on boom stands right inside (one at each end of the piano), anywhere from a few inches to a foot or more away from the hammers, pointed downward and slightly toward the back. For capturing all of the transients, large-diaphragm condensers work best, however dynamic mics such as Shure SM57/58 or Electro Voice RE-20 can be used well. If using a condenser with a dynamic mic, place the condenser at the bass end of the piano, making sure to compensate for the volume discrepancy (since the condenser produces a much hotter signal).

Cover the opening with a thick blanket (in order to prevent outside noises from leaking in during the recording, while also dampening the sound ever so slightly). If you want a more percussive sound, aim the mics closer to the hammers; for a fuller, rounder tone, pull the mics up a bit and pointed more toward the strings. Be sure to keep the mics at a uniform level inside the piano in order to avoid phase cancellation (loss of EQ caused by certain frequencies canceling each other out).

When mixing either a miked digital or acoustic piano: Assuming you’re using two microphones, pan the tracks evenly (around 3 o’clock and 9 o’clock), and, if necessary, re-balance the levels to achieve a uniform volume. Though it’s not always necessary, putting the piano’s signal through a compressor/limiter will help contain those inevitable volume spikes; heavy limiting will give the piano a more strident attack, typical of classic-rock recordings. You could also use a bit of reverb to add back some dynamics, particularly when working up close or in a small, arid environment. Or for some real live ambience, send the mix through a separate speaker (or set of speakers) situated in another room, then place a boom mic several feet away from the speakers and pointed in the air. Record to a separate track, then mix the “indirect” signal ever so slightly into the original recording.