Posted in MusicWorld on October 23, 2020 by Dave Simons 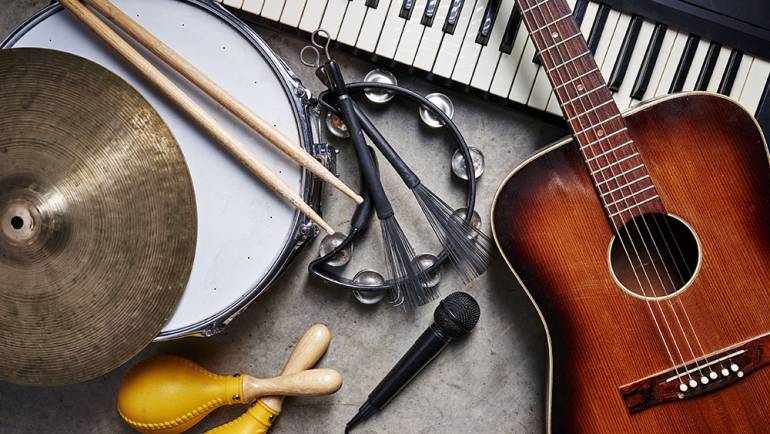 It’s not always easy to get enthusiastic about a new demo if you always start your rhythm track the same old way. Take percussion for example: sure, it’s easy to lay down a functional backbeat and be done with it, but why not spend a little more time and imagination crafting parts that might actually stick with the listener?

Here we cover some of the less-obvious (though no less important) functions of percussion in your demo, from using tambourine, shakers and related instruments more effectively, to experimenting with homemade rhythm sounds, and more.

Keep the click. We often use click tracks to provide a steady tempo for easier overdubbing as well as track editing. For those of us fortunate to have a drummer/drum kit, a click can also serve as temp percussion, allowing you to frame out the song prior to laying down the actual drum track. Rather than deleting the click afterward, though, some of my favorite engineers like keeping elements of the robo drums in the mix to fortify the rhythm foundation (such as using a programmed kick playing eighth notes throughout).

Pump up the kick. Because a rhythm track is lifeless without adequate bottom, be sure to spend some time getting a nice tight bass-drum sound. Start with the drum’s resonant head removed and the inside loosely filled with blankets or pillows to help improve articulation and reduce unwanted boominess (while you’re at it, make sure the batter head is properly tuned as well). When it comes to drum miking, you don’t necessarily need anything all that fancy—lately I’ve taken to using a basic Shure SM58 dynamic placed near the drum opening and pointed directly at the beater. For a roomier sound, you could pull the mic farther back (though still pointed in the direction of the beater) or add a second mic several feet away to be blended with the main mic. Using a compressor/limiter can also give the kick a bit more resonance; when doing so, be sure not to over-emphasize the effect so as to avoid the dreaded “pumping” sound.

Highlight the hooks. Handheld percussion like tambourine, maracas, cowbell or claves inserted during key passages can be enormously effective, providing just enough dynamic contrast to keep the listener’s attention. For instance, you could start with a track of shakers to fortify the drums and keep the song moving, then switch to tambourine for the chorus or bridge section, then back to shakers for the verse. Or you could hold off on the accenting until the hook arrives, which can work particularly well on songs with one long groove (such as Alabama Shakes’ infectious “Don’t Wanna Fight,” for example). And don’t forget about hand-claps, which can be among the most “hooky” of all percussion additions—pick a few choice spots such as the lead-up to a chorus, or to juice the chorus itself (but don’t overdo it). All of the above can be close-miked using basic dynamic models such as a Shure SM57 or SM58.

Use “found” sounds. You can also get some intriguing ideas by experimenting with homemade percussion and a pair of sticks. Almost anything will do—the side of a couch, an empty glass bottle, car keys, you name it. On a recent recording I took a set of 2x4’s and smacked them together on the downbeat, then added a single repeat echo at half-volume which I then looped, and voila—a ticking-clock click track!

Drums to the fore. Rather than filling up a whole production with layers of instruments, having a few sections with practically nothing but drums and maybe a lead vocal can often be more ear-catching than a big wall of sonic clutter (cue up the Rolling Stones’ “Honky Tonk Women” sometime in case you’re still doubtful).

Finally—keep it centered. Though it might seem antiquated to some, I prefer mixing drums in mono, which tends to make the overall sound more focused; also, putting the kit in the center of the stereo spectrum prevents cymbals/hi-hats from clashing with other high-frequency instruments like acoustic guitars, keyboards or even backing vocals.