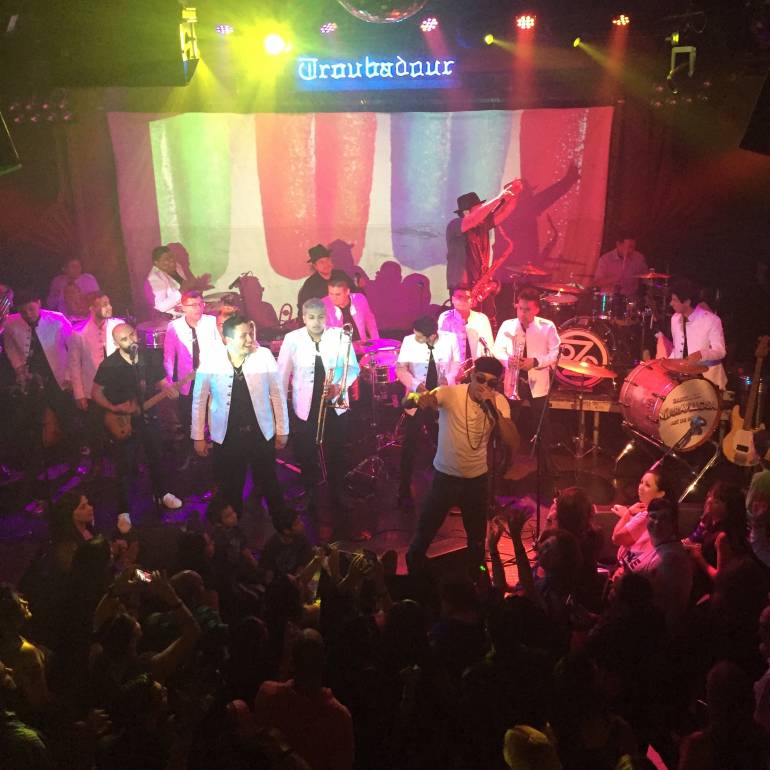 It’s no accident that Ozomatli, the veteran genre-blending Los Angeles band, is releasing their new album today. In keeping with the spirit of Cinco de Mayo, Non-Stop Mexico to Jamaica is a loving tribute to the band’s Mexican heritage and the rich diversity of Latin music and culture with an important twist. For this record, the band has covered a wide swath of both classic and contemporary Mexican hits, but re-imagined them in a dancehall reggae style. To do this project justice, they recruited the production skills of legendary reggae duo, Sly & Robbie, and the end results are a masterful blend of Latin and Caribbean flavors.

At its heart, this album is meant to showcase not only the depth and richness in the varying styles of music represented, but in the people and cultures that come intertwined with that music. Ozomatli celebrated this album’s release with a performance at Los Angeles’ storied venue, The Troubadour, where they were joined onstage by Banda La Maravillosa and the Mariachi Divas.