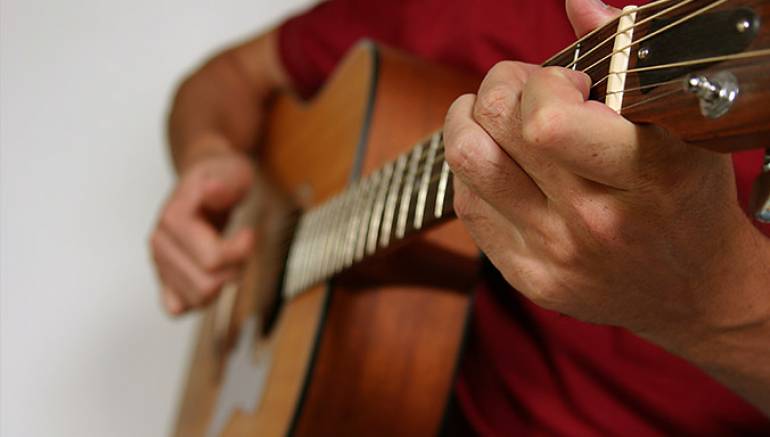 One of the key adages in the world of journalism is “always begin with an effective lead.” In songwriting—or recording—the same basic principle applies. Consider some of the tunes that have long been your favorites, and chances are many of them start out with a bang—a distinctive riff, a compelling vocal, an infectious piece of percussion.

How you choose to begin your own recordings has taken on even more importance in this click-through culture of ours. Long gone are the days of the standalone song intro (I refer you to the works of Cole Porter and company); today, you’ve got literally seconds to get to the point. You may have penned the perfect three-minute pop song, but if you don’t start out strong, the last 2:55 may never be heard.

Front-load the good stuff. Ever notice the crazy string bend at the top of the Troggs’ epic “Wild Thing”? Or the Ray Davies-devised, Dave Davies-performed riff that launches the perennial Kinks klassic “You Really Got Me”? Just two seconds in, and they’ve got you, all right. Point being: a great chorus is key, but a stand-out opening statement announces your presence with authority.

There are other techniques that accomplish the same goal. Rather than begin the lead vocal two minutes into the track, why not re-locate it to the :00 mark? For that matter, consider bringing the entire chorus right to the top, particularly if you’ve got a good one. While you’re at it, make sure the singer features prominently in the mix, i.e., keeping guitars and other extraneous noises away from the vocal “path.”

Processing Power. When trying to get someone’s attention, a little sound embellishment can go a long way. For instance, you might try something slightly radical like running the opening lead vocal through a distortion patch (or stomp box), then abruptly cutting the effect at the start of the first chorus. Or begin the track with everything pared back except for an electric rhythm guitar processed through a lo-fi filter—the technique that famously launched Nirvana’s “Smells Like Teen Spirit” and a thousand subsequent soundalikes.

Contrast It. Though noticeably absent nowadays, during the ‘90s groups like Weezer, Blur, Garbage and others used jarring dynamic shifts to good advantage, particularly during those all-important intros. Butch Vig, producer/engineer/drummer for Garbage as well as Foo Fighters, Smashing Pumpkins and many others, says that it’s important to “over-emphasize dynamics in order to make them jump out, which can be achieved through mixing, or how you work out the arrangements in the studio.” Anyone who’s been jolted out of bed by the sudden volume spike in Garbage radio hits “I Think I’m Paranoid” or “Special” has experienced Vig’s technique firsthand. “To capture that kind of feel on little speakers when you turn on your radio in the morning is the ultimate challenge,” concurs Vig.

Move It Around. Thanks to digital editing, all of the above can be accomplished after the fact, if you so choose. As discussed in previous columns, utilities like Audacity, which include standard editing functions such as copy and paste, clip trimming and pitch/tempo adjustment, allow you to relocate and/or digitally alter sections of your song at will. For instance, you could extract a piece of the bridge melody or chord progression for use as an intro, or recycle the intro for the outro; during the editing phase you could try adding a fade-in to the intro, or perhaps lop off a few extra bars to tighten things up, and so forth. Should you suddenly decide that the song needs to open with some standalone drums or percussion, you can record the part post-production and subsequently cut it into the master mix.

When done properly, all of those stitch marks won’t be obvious to the listener—but even if they are, that’s not necessarily a bad thing. “In Garbage, we’re obviously really into scene changes,” says producer Vig, “where the intro sounds one way, and the verse sounds another. They might segue together smoothly, or it could be more of a blunt kind of thing. For us, a lot of that comes from doing re-mixes of hip-hop or techno, where things are always dropping in and out, and it doesn’t necessarily have to sound organic. In fact, if it throws the listener for a bit of a loop, that’s usually a good thing.”