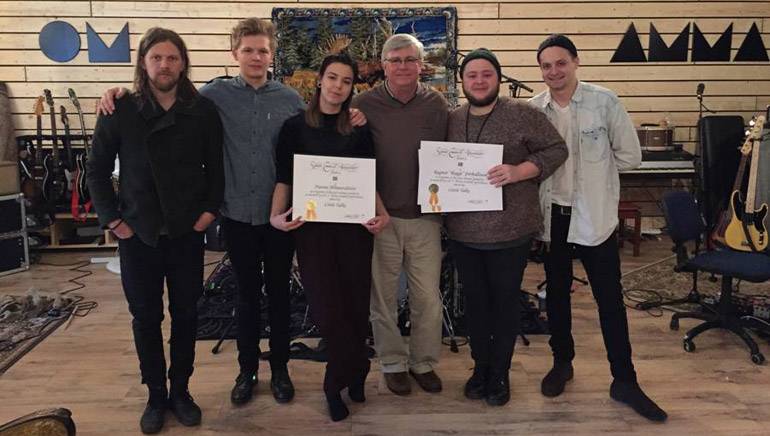 Phil Graham, Broadcast Music, Inc. Senior Vice President of Writer/Publisher Relations, presented the indie folk-rock band Of Monsters and Men with a Million-Air award for one million performances of their hit debut single “Little Talks,” which scored the group a top 20 hit on the Billboard Hot 100 chart. The Icelanders took a break from recording their next album, a follow up to their 2011 breakout studio album, My Head Is An Animal, to celebrate the impressive accomplishment.