Posted in MusicWorld on July 2, 2007 by Melinda Newman 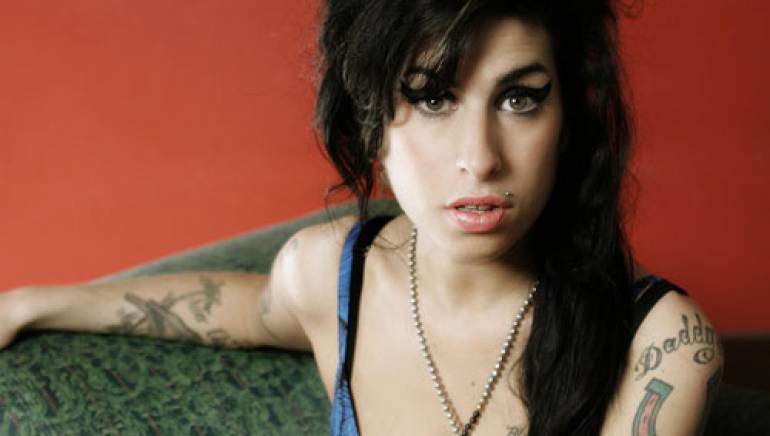 Every few years, a U.K. wave crashes ashore in the U.S., accompanied by boatloads of hyperbolic press clips extolling the new big things. All too often, however, the acts ride out with the next low tide. This time, however, the artists are combining critical acclaim with commercial success.

When Amy Winehouse’s (pictured, top) Back to Black debuted at No. 7 on the Billboard 200 albums chart in March, it marked the highest bow by a British female solo artist ever. A few weeks later, Joss Stone’s Introducing Joss Stone smashed her record by debuting at No. 2. James Blunt, Corrine Bailey Rae, KT Tunstall and Snow Patrol are striking gold, if not platinum, in the U.S.

“The current British invasion is due to a number of factors,” posits Evan Lamberg, EMI Music Publishing EVP of Creative for North America. “Top 40 radio is playing less and less hip-hop and rap. This is leaving more opportunity for great non-urban songwriters. VH-1 has done a tremendous job being early champions of these British acts. [Also], these acts are coming over to the U.S. again and again. Nothing replaces the good old-fashioned way of getting your hands in the dirt and taking your music to the people.”

Universal Republic president Monte Lipman, whose label handles Winehouse, Mika and Katie Melua in the U.S., calls these acts “a breath of fresh air. They don’t have a formula.”

For many of these artists, the first point of exposure for U.S. fans has been the Internet. “The industry has democratized where artists are empowered at a grassroots level like myspace,” says David Sinclair, a London-based journalist who writes for The Times.

The latest wave started in 2004 when Snow Patrol quietly crept onto U.S. shores with Final Straw. The Scottish-Irish quintet, with its often intense, always melodic, alternative rock, toured frequently in the U.S., slowly building an audience. By the time Eyes Open came out in the U.S. in May 2006, Americans were ready to hear more. That album’s “Chasing Cars” became the go-to song for hip TV shows, airing on outlets like Grey’s Anatomy, and leading the track to take up residency in the upper reaches of Billboard’s Adult Top 40 and Adult Contemporary charts. According to Universal Music International, the album has sold close to four million copies worldwide.

Scotland is responsible for much more than one-half of Snow Patrol and has also given us KT Tunstall. The Scottish lass began promoting herself in the U.S. long before her Relentless/Virgin debut came out in February 2006. Among her memorable gigs was a stirring acoustic set at BMI/Billboard’s SXSW brunch in March 2005.

Her big break in the U.K. came when she performed “Black Horse & the Cherry Tree” on the influential British TV program Later with Jools Holland with less than 24 hours’ notice after another act cancelled. Eye to the Telescope, which had come out to little fanfare, was re-released and eventually shot up to No. 3 on the British album charts.

In the U.S., “Black Horse” has spent more than a year on Billboard’s Adult Contemporary Chart while the second single, “Suddenly I See,” has been locked in the upper reaches of the chart for more than four months. Eye to the Telescope has been on the Billboard 200 for more than 65 weeks.

The latest Scottish imports impacting in the U.S. are The Fratellis. The first major U.S. exposure for the Scottish trio, all of whom have adopted bassist Barry Fratelli’s last name, came from iTune’s use of the utterly infectious “Flathead” in television ads. The trio’s debut, Costello Music (Cherry Tree/Interscope), revels in retro music that sounds instantly recognizable while new at the same time. The group can also be heard on the soundtrack to the movie Hot Fuzz.

While bands like Snow Patrol and the Fratellis are having their day, solo artists like former British Army captain James Blunt are leading the charge.

While many of the U.K.-based acts come to the U.S. via the American label’s U.K. affiliate, Blunt’s entry point was through Linda Perry’s Custard imprint. Perry signed the singer/songwriter after he’d linked with EMI Music Publishing in London. By the time Back to Bedlam came out in the U.S on Custard/Atlantic, the album had already hit No. 1 in the U.K. The first U.S. single, “You’re Beautiful,” reached No. 1 on the Billboard Hot 100, making it the first song by a British performer to top that chart in 10 years.

Blunt rode the success of Bedlam and “Beautiful” to five Grammy nominations.

Like Blunt, fellow Brit Corinne Bailey Rae had already hit No. 1 in her native U.K. when she came over here with her sweetly nuanced, mellow tunes. Her self-titled chart topper made her only the fourth female singer in the history of the British charts to debut at No. 1 with her first album. In the U.S., her rise has been no less spectacular, bolstered by major TV exposure via outlets like “Oprah Winfrey.” Rae snared three Grammy nominations, including the coveted best new artist. Her debut has surpassed the platinum mark here, pushed by first single “Put Your Records On.”

While Rae has gotten her share of press, seldom has an artist caused quite the media stir as Amy Winehouse. She’s a critical darling as famous for her beehive and tattoos as her shimmery, soulful, girl-group musical style.

The Enfield, England native’s Back to Black has already sold more than 1.2 million in the U.K. and helped Winehouse capture the Brit Award for best British female artist in February.

“Fortunately for us, Amy loves to tour,” says Lipman, who notes she’ll play U.S. dates in June and this fall.

Winehouse’s U.S. labelmate Katie Melua was born in the former Soviet republic of Georgia, but ultimately settled in Surrey, England. At 15, Melua won a televised talent competition and was on her way. The classic pop singer released Call off the Search in 2003 and the album went on to sell 1.2 million copies in the U.K. alone. Her second album, Piece by Piece, moved 1.8 million copies in the U.K., with worldwide sales of more than 3 million.

Like Melua, Mika is another British immigrant. His music was created out of the unending loneliness that Mika says often engulfed him after his family moved from Beirut to Paris and, ultimately, to London. Vocally, he’s a cross between Freddie Mercury (whom he references on his first single, “Grace Kelly”) and Robbie Williams. The colorful ’70s, psychedelic pop images that are the album art for Life in Cartoon Motion and his videos are as much a part of his image as his delectable, pop music.

“With Mika, the key word is different,” says Lipman. “Even though people respect the success you’re having, people [at pop radio] look at us kind of sideways and say ‘You expect me to play that?’ and we say your listeners have spoken.” Indeed, the album racked up several consecutive weeks as the No. 1 pop album on iTunes.

Like Mika, Lily Allen’s personality is as big as her music. Her music is classic pop, but she ties in ska, rap and her other influences to create a thoroughly modern and invigorating sound. Not surprisingly, Alright, Still has gone double platinum in her native England and platinum in Europe. It debuted at No. 20 on the Billboard 200 and continues to sell well.

Part of the strength of the current British invasion is its diversity. British rapper Lady Sovereign caused waves of excitement when she became the first non-American female signed to Jay-Z’s Def Jam label.

The press excitement has outweighed sales so far, but Sinclair says that’s not surprising given how outside the mainstream her music is. “She’s a grime queen, it’s deep hardcore. It’s like East London rap, drum and bass.” But that edge is what has made the Wembley, England native such a phenomenon at 21. “She’s very alternative,” Sinclair continues. “She’s a name that people like to drop and frequently do.”

Her debut album, Public Warning, entered the Billboard Top 200 at No. 48, but her popularity is sure to rise when she opens for Gwen Stefani this summer.

Similar to Lady Sovereign, Don Corleon relies on street rhythms to propel his sound. The leading Jamaican dancehall artist/producer has helped advance the dancehall movement in the U.S. through his work with such acts as Sean Paul, Rihanna, Beenie Man, Capleton, Bounty Hunter and Wayne Wonder. Kartel, noting a resemblance between the two, allegedly gave Donovan Bennett the Don Corleon moniker, as a takeoff on Marlon Brando’s “Godfather” character, Don Corleone.

As these artists continue to make inroads in America, Sinclair expects today’s success to continue to swell: “Everyone in Britain is trying to make a record,” he says, with only a little overstatement. “It’s a river that’s burst its banks and it’s flowing in all directions.”