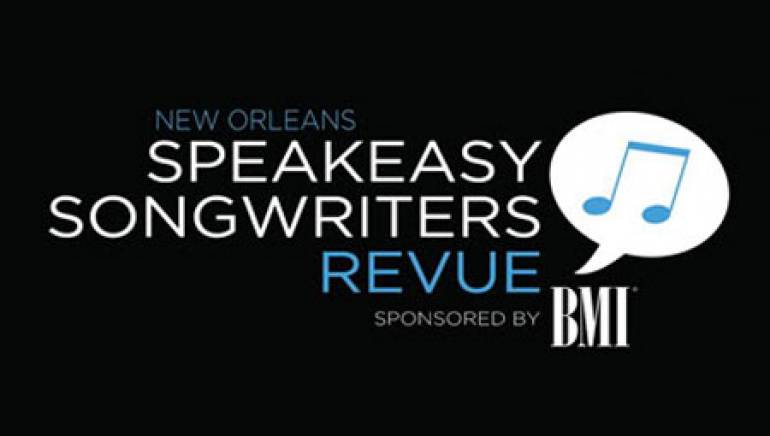 BMI is a proud sponsor of the New Orleans Speakeasy Songwriters Revue, a free series showcasing singer/songwriters every other Monday from 7-10 p.m. Through March, the Three Muses (536 Frenchmen St, New Orleans) will host the shows, which feature two or three performers each night. While many revue performers are based in Louisiana’s deep-rooted music community, artists from other artist meccas including Nashville, Austin, Los Angeles, and New York also drop by to deliver sets.

Co-presented by Speakeasy Records, the New Orleans Speakeasy Songwriters Revue is the brainchild of Kristin Diable. “Our goal with this series has been to cultivate an intimate listening environment for songwriters to showcase their music,” she says. “Before we started there really was no outlet for this kind of performance in New Orleans, and the response has been really inspiring. Every night has been a full-house, and it’s shown us that there is a demand for this type of show in New Orleans from music lovers and musicians alike.”

In 2011, the NOSSR will continue to expand its presence, hosting performances at new venues throughout New Orleans as well as staging songwriting and music business panels in conjunction and coordination with The Louisiana Department of Economic Development, The New Orleans Jazz & Heritage Festival and other city-, state- and nationwide organizations and events.

“We are thrilled about this opportunity to support performing songwriters in Louisiana’s contemporary music scene,” BMI’s Mark Mason says. “The musical diversity and skill ingrained in the state’s culture is too rich not to share with as many music lovers as possible.” Formed in 1939 as a not-for-profit performing right organization, BMI was the first to offer representation to songwriters of all genres. The company’s current roster of songwriters and composers is unparalleled in depth and breadth, ranging from industry legends to the best of today’s hit makers.