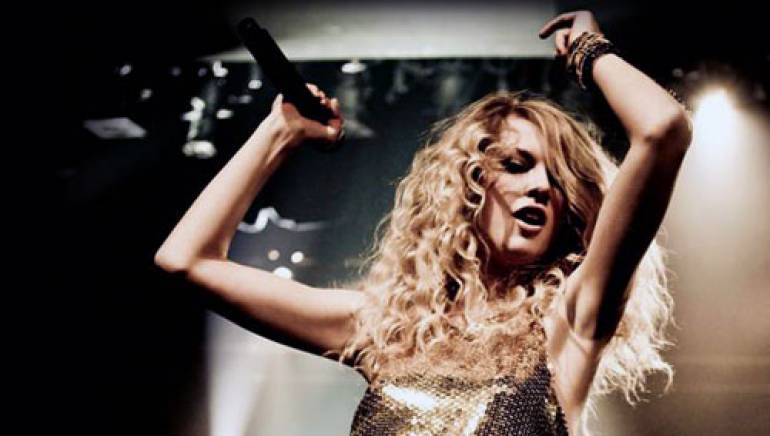 After an almost decade-long hiatus, the Nashville Music Awards rebooted this year to recognize the best in a city teeming with talent. Presented by Leadership Music and Next Big Nashville, the 2009 Nashville Music Awards were staged at the Cannery Ballroom on Wednesday, October 7—the first night of the Next Big Nashville music festival. BMI artists and songwriters swept the awards, winning in all but two of the categories, while BMI subsidiary Landmark Digital Services, LLC claimed the Innovator of the Year prize in honor of its BlueArrow Audio Recognition technology.

Taylor Swift earned three awards, including Artist, Songwriter-Artist, and Country Album of the Year, for her cross-genre record-breaker Fearless. Swift’s frequent collaborator Liz Rose also walked away with the Songwriter of the Year crown, underscoring Rose’s career-changing contributions and Swift’s distinctly Nashville-rooted rise to superstardom. Jack White garnered Instrumentalist of the Year, while Brooke Waggoner received the Next Big Nashville Award for the city’s most promising emerging artist.

In the genre-specific Album of the Year fields, Kings of Leon’s Only by the Night topped the pop/rock category, the Steeldrivers self-titled effort received top honors in the bluegrass field, Sarah Siskind’s Say It Louder bested those of her Americana peers, Jars of Clay’s The Long Fall Back to Earth garnered top gospel/contemporary Christian praise, and Take 6’s The Standard was voted best in the jazz/blues domain.

The Innovator of the Year award is an acknowledgement not only of Landmark Digital’s accomplishments, but of its unmitigated potential as well. The company is reshaping expectations and capabilities of the music industry with BlueArrow, its unequalled, real-time audio recognition technology, which identifies songs, even in the midst of even exceedingly noisy environments, in about two seconds, with 99% accuracy. Find out more about how the technology works here.

ARTIST OF THE YEAR
Taylor Swift

SONGWRITER OF THE YEAR
Liz Rose

SONGWRITER-ARTIST OF THE YEAR
Taylor Swift

INSTRUMENTALIST OF THE YEAR
Jack White

GOSPEL/CONTEMPORARY CHRISTIAN ALBUM OF THE YEAR
Jars of Clay, The Long Fall Back to Earth on Gray Matters/Essential Records

JAZZ/BLUES ALBUM OF THE YEAR
Take 6, The Standard on Heads Up Records (Telarc)

POP/ROCK ALBUM OF THE YEAR
Kings of Leon, Only by the Night on RCA